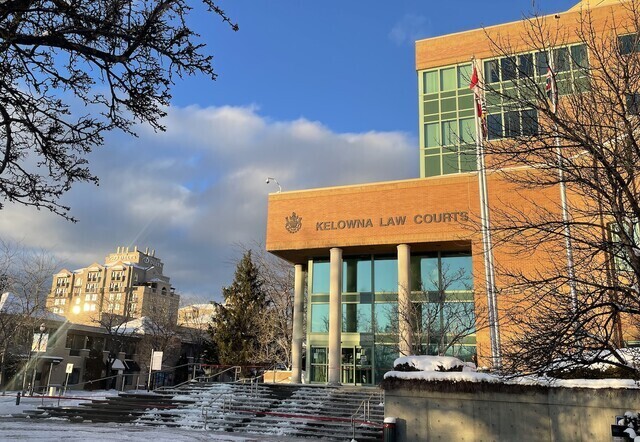 A Kelowna woman has accused her step-father of recording her in the shower, and then blackmailing her for sexual favours. But the accused man denies the allegations, and claims her boyfriend has convinced her to make up the story.

The man, who Castanet is not identifying to abide by a publication ban protecting the identity of the alleged victim, is charged with voyeurism and extortion. His five-day trial, in which he represented himself without the assistance of a defence lawyer, began in Kelowna court Monday.

The accused's common-law step-daughter, referred to as SD, alleges the accused, AP, briefly showed her a video he claimed he had taken of her showering in March 2019, and threatened to upload the video to the internet unless she agreed to his demands. She was 19 years old at the time.

Three days later, on March 25, SD claims AP came into her room early in the morning and demanded she undress in front of him, exposing her genitals. In addition to using the shower video as blackmail, SD claims AP told her he had "buried three people and wasn't afraid to do it again."

AP has been dating SD's mother since SD was nine years old, and AP considered SD his daughter.

SD reported the incident to the RCMP on the afternoon of March 25 and soon after, police arrested AP and removed him from the family home, where he had lived with SD and her mother for several years. He has remained barred from the home ever since, and was unable to contact his common-law wife until last year, when his bail conditions were altered.

AP took the stand in his own defence Friday, and denied the allegations against him.

AP said SD's new boyfriend was manipulating her, and was moving their relationship forward too fast. At one point, AP banned SD from their house, as he didn't like their displays of affection in the house. Eventually, he told the boyfriend to stay away from his daughter. AP said this caused many fights between him and SD.

SD's boyfriend took the stand on Thursday, and AP cross-examined him.

“Can I suggest that you were forcing her hand and making her go along with this crazy story and allegations because you wanted me out?” AP posed to SD's boyfriend during his testimony.

“If the allegations were true, I did in fact not want you near her,” he replied.

In his closing statement, AP apologized to Justice Alison Beames that his family matter was being dragged through the justice system, and he described himself as an “overprotective father.”

The video SD alleged AP had shown her was never found by police, and Crown prosecutor Jason Hatherly produced no physical evidence in the trial. During closing submissions Friday, Hatherly told Justice Alison Beames that it's up to her to determine if SD is telling the truth or not.

“There was a time when the evidence of a woman or a child would have required corroboration on certain points before a conviction could be sustained, but we don't have that type of principles any more,” Hatherly said.

“It's a question of whether the court can find sufficient confidence in the testimony of the complainant to sustain the conviction.

“But if that's not adequate from the court's perspective, then there's no corroborating evidence in this case that unfortunately we can use to buttress any issues that Madame Justice may find with the credibility or reliability of the complainant.” 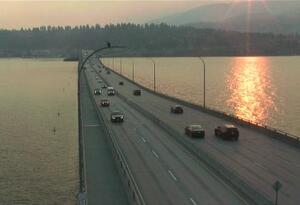