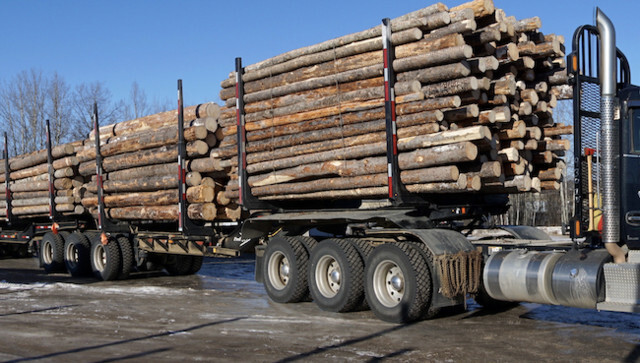 The annual allowable cut in the Okanagan Timber Supply Area has been cut by about 20 per cent below the previous level, which was last set in 2012.

The AAC is the annual amount of timber that can be harvested from a set area on a sustainable basis. It's set at least once every 10 years by B.C.'s chief forester.

The new AAC for the Okanagan Timber Supply Area is now 2,462,800 cubic metres, dropping significantly from the previous AAC of 3,078,405 cubic metres.

The previous AAC for the area had been increased to the highest level in decades, to allow for the salvage of stands that had been impacted by the mountain pine beetle epidemic. This salvage harvesting of pine-beetle affected areas is no longer occurring.

The province has been seeking input on the new AAC in the area over the past year, and the Ministry says it received comments from local First Nations, licensees and residents of the TSA.

“The new AAC accounts for Indigenous Peoples forestry principles, limits on harvesting in community watersheds, wildlife habitat and a national park reserve area,” the Ministry said in a press release. 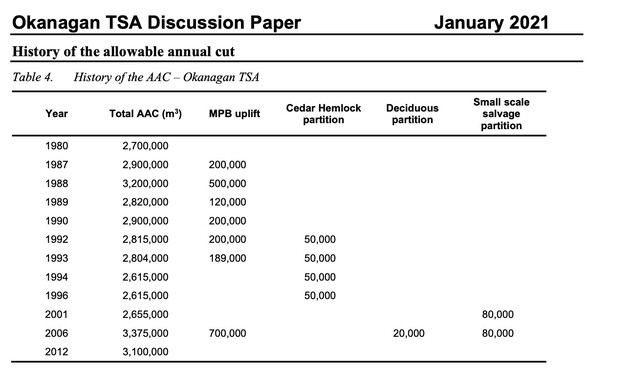 Photo: BC gov.
History of the annual allowable cut in the Okanagan 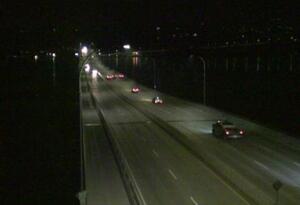