A Kamloops doctor tried to bribe her teen with $5K to not get vaccinated. Her daughter turned her down. 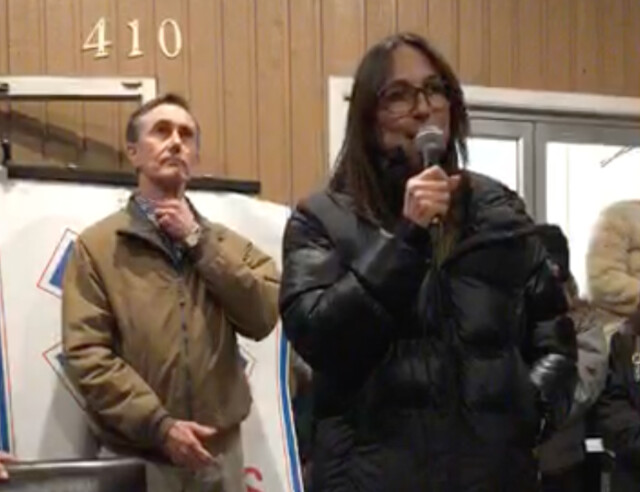 A Kamloops doctor says she offered her teenage daughter $5,000 to not receive the COVID-19 vaccine earlier this year, but her daughter got the vaccine anyways.

Dr. Rachel Maurice, a former anesthesiologist at Royal Inland Hospital, told the story Monday in Kelowna, where she spoke at an anti-vaccine event alongside two other B.C. doctors.

The event saw the doctors deliver a tsunami of vaccine-related mis- and disinformation to several hundred people gathered at the Embassy Church on Leathead Road.

The crowd at the church was, in fact, so large that the building overflowed and the event had to be held outdoors.

Dr. Maurice opened the remarks, which were also streamed to thousands of people on Facebook, by talking about her attempts to keep her kids unvaccinated against COVID-19.

Maurice, who now works as a self-employed breathwork specialist in Kamloops, said she didn’t feel she, or her kids, needed the vaccine.

“I feel like I’m healthy, I’ll manage,” she said, explaining that she could not stand that her teenage children could get vaccinated without her permission.

Her children stayed unvaccinated until her daughter’s dance studio started requiring proof of vaccination. Her daughter wanted to stay in dance with her friends, so wanted to get the vaccine.

Maurice said her husband, who she is separated from, was encouraging their children to get vaccinated.

“I basically tried to scare them. I said to my daughter, ‘Well, if you get the shot and you die, then you're not dancing,' but you know, a teen response is ‘Well I wouldn't really know if I was dead.’”

She offered her daughter $5,000 to not get vaccinated, but she refused, and ended up receiving the vaccine alongside her brother. Both her children had no reaction to the vaccine.

Maurice currently has her registration with the College of Physicians and Surgeons listed as “temporarily inactive.” 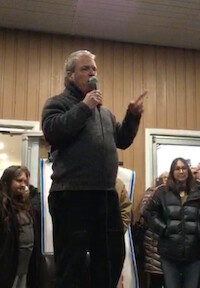 Also speaking at the event was Dr. Stephen Malthouse of Denman Island, B.C. He’s in court fighting against the BC College of Physicians and Surgeons over attempts of the regulator to discipline him.

On Monday in Kelowna, he made false claims that the COVID-19 vaccine can cause people to become magnetized.

“We have seen things like magnetism, things sticking to people. It's well proven,” Malthouse said, claiming to cite a “study” in Luxembourg on the issue.

The source of Malthouse’s magnetization claims is a spurious article from the anti-vaccine group “European Forum for Vaccine Vigilance” that was published by Global Research.

Global Research, a Canadian-based website, has been flagged by the U.S. State Department as the largest “Kremlin-aligned” disinformation site on the web. It hosts countless articles on conspiracy theories and cites experts linked to a Russian spy agency.

Claims that the COVID-19 vaccination can cause magnetization have been resoundingly debunked around the world.

When a member of the audience shouted at Malthouse that airport metal detectors can pick up whether a person has been vaccinated, the doctor responded “there’s been lots of stories about that.”

Most of Malthouse’s speech was focused on encouraging the audience to actively campaign against the vaccination of children.

The most extreme anti-vaccine rhetoric of the evening was hurled by Dr. Charles Hoffe, a doctor previously based in Lytton, B.C., until the community burned down.

He is under investigation by the BC College of Physicians and Surgeons for promoting vaccine hesitancy, something that drew massive cheers from the crowd when he declared it Monday.

“These shots are lethal,” Hoffe said, standing on a chair speaking to the crowd.

Hoffe has been touring making unproven claims that the mRNA COVID-19 vaccines create microscopic blood clots in the capillaries of a person.

While there has been an established link between rare blood clots and the AstraZeneca vaccine, which does not use mRNA technology, that is not the case for the Pfizer and Moderna versions.

Hoffe’s claims have spread around the world and have been repeatedly debunked by doctors and fact-checking desks globally. He has never published his research.

Hoffe on Tuesday also claimed the pandemic is a “fraud” and directed people to go buy ivermectin at feed shops in Kamloops.

Ivermectin is an anti-parasite medication that is also used as a dewormer for livestock. Health officials say it does not appear to be effective at treating COVID-19, although trials are underway.

The medication has become a darling of the vaccine-skeptic community across North America. As a result, there has been a run on the veterinary version of ivermectin at feed stores.

Hoffe suggested two feed stores in Kamloops that sell ivermectin “without too many questions.

“Otherwise you can get it online without having to answer many questions about your horses,” Hoffe added.

Hoffe garnered headlines earlier this week for speaking at an anti-vaccine passport rally in Victoria while Premier John Horgan and two ministers were hanged in effigy behind him.

The B.C. College of Physicians and Surgeons has been relatively quiet about doctors spreading misinformation about the pandemic, only saying in a statement in May that they are "aware of and concerned" about the situation.

“Public statements from physicians that contradict public health orders and guidance are confusing and potentially harmful to patients,” said Dr. Heidi Oetter, registrar and CEO of the college. “Those who put the public at risk with misinformation may face an investigation by the college, and if warranted, regulatory action.”

Castanet has reached out to the college for comment on Monday evening's event in Kelowna. 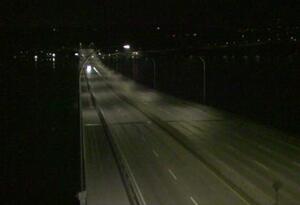