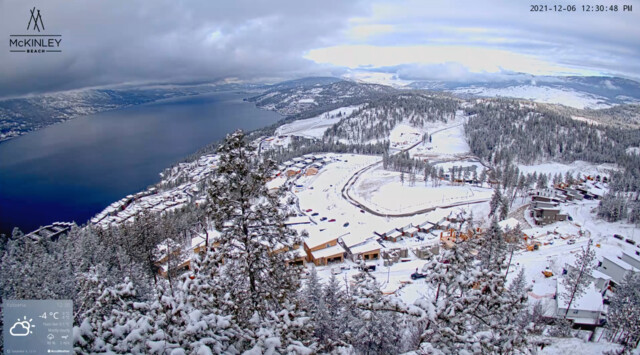 The Okanagan awoke to its first major snowfall Monday.

According to Environment Canada, close to 10 centimetres is expected to accumulate by mid afternoon across the Valley.

The City of Kelowna says snowplows were out bright and early.

"We were planning for a trace to one inch of snow, so this morning at 3 a.m. we had 17 units out. The farther we know in advance the earlier we can plan," said Geert Bos, City of Kelowna public works manager.

"We are cycling the roads on a priority basis. Typically on an event like this what happens when we have sustained snowfall the teams really focus and cycle the priority one routes," Bos added.

"Motorists should remove all snow from their vehicles so that they can see and be seen. It is always good to keep a road safety kit and shovel in your vehicle in the event that you ever did go off the road," said Kelowna RCMP spokesperson Cpl. Tammy Lobb

"The posted speed limits are ideal for perfect driving conditions, but on winter roads bearer that there could always be ice underneath a layer of snow," Lobb added.

The City of West Kelowna is also asking residents to be patient and help clear the way as crews are out in force controlling snow and ice. West Kelowna also clears roads in a priority sequence, similar to the City of Kelowna.

The City of Kelowna says parking bans on snow routes are now in effect.

Residents not living on a snow route are still encouraged to move their vehicles off the road to help plows clear the snow from curb to curb safely and quickly. The snow route parking bans will be in effect until the city declares they have been lifted.

Vehicles that remain parked on snow routes during the temporary parking ban are subject to enforcement, up to and including a $50 fine or towing.

The Regional Waste Reduction Office is reminding residents to be patient about waste collection during winter weather events, as delays are possible.

If your garbage, yard waste or recycling collection is missed on your regular collection day, you are asked to leave your carts out until collection occurs.

As well, to help both road clearing and waste collection staff, please place your carts as close to the street as possible, without blocking the street, sidewalk or bike lanes or impeding snow ploughs. Carts should not be located behind or on top of snowbanks and should be at least three feet from any obstacle or parked vehicle. 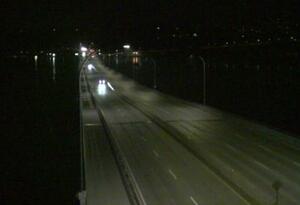