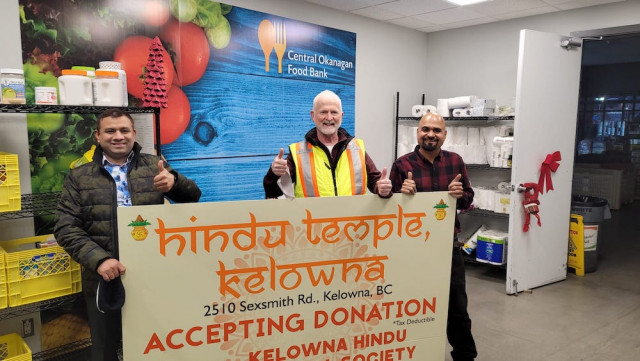 A group of humanitarians from the Kelowna Hindu Cultural Society have rallied together to try and help
people from Merritt struggling to make ends meet after their town was devastated by flooding.

Ashok Tyagi with the Kelowna Hindu Cultural Society says they have been trying for days to get a semi-trailer loaded with supplies through to evacuees from Merritt, some of whom have had to take up temporary residence in Kelowna.

"The highways have been closed too, so that has been challenging, we did get one delivery through to Merritt earlier this week," Tyagi says.

The Hindu community has rallied to gather everything from milk to blankets to blow-up air mattresses to help. Despite challenging supply routes, they have not been deterred.

"We donated to the Lower Nicola food bank (Merritt) on Monday morning . Then we donated 2,500 pounds of groceries, including milk, eggs, other food stuffs, juices and drinks for evacuated people in Kelowna from Merritt. Tuesday morning we delivered 500 loaves of bread. But people really need help," says Tyagi.

Tyagi says they actually ordered almost $1,500 worth of fresh bread baked in Kelowna from Dale's Distribution on Tuesday because the shelves in Kelowna grocery stores were bare at the time.

The container in Vancouver is loaded and ready to go. They are hopeful it will arrive in Kelowna sometime this weekend, "we are trying to bring a container from Vancouver to Kelowna by road, Hwy 3, as soon as possible." 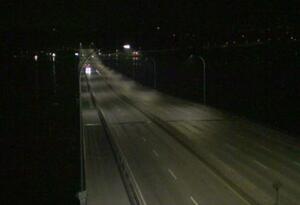