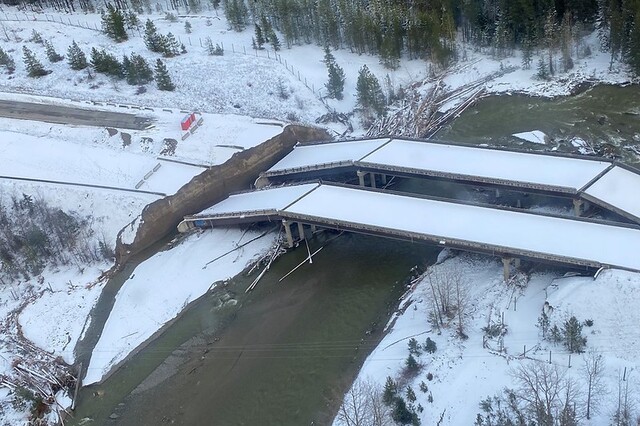 Photo: Ministry of Transportation
More snow could fall on the Coquihalla Highway in the coming days.

Heavy snow is forecast to fall on some of high-mountain passes around Revelstoke beginning Wednesday afternoon, while heavy rains return to the coast. But conditions are expected to remain fairly dry across the Okanagan.

Environment Canada issued a winter storm warning Wednesday morning, with upwards of 40 cm forecast to fall on the Trans-Canada from Eagle Pass to Rogers Pass.

The storm is expected to begin Wednesday afternoon and carry through to Friday.

“Snow will begin over the Trans-Canada Highway - Eagle Pass to Rogers Pass section this afternoon and transition to heavy snow by Thursday morning. Accumulations of up to 30 cm of snow can be expected by Thursday evening,” Environment Canada says.

“An additional 10 cm can be expected on Friday possibly bringing totals reaching 40 cm.”

While the precipitation is forecast to fall as snow at higher elevations over the Columbias, a separate weather system will bring more rain to the Lower Mainland.

Upwards of 80 mm is forecast to fall on the already saturated coast through to Thursday night.

“This storm will be shorter lived and less intense than the event over November 13-15, 2021. However, it will still bring moderate to heavy rain and strong winds. Additionally, freezing levels will rise above mountain tops on Thursday. This may worsen recent flooding and impact vulnerable landscapes and infrastructure,” Environment Canada says.

“Localized flooding in low-lying areas is possible. Heavy downpours can cause flash floods and water pooling on roads. Don't approach washouts near rivers, creeks and culverts.”

The coastal storm could also bring more snow to the higher elevation areas of the Coquihalla, where crews are working to fix the massive damage this month's previous storm caused.

A second storm is also forecast to hit the coast through the weekend, with similar rainfall amounts expected.

“It's certainly something being watched very closely by the local municipalities and by the folks at the River Forecast Centre, because given what's already been occurring, this is not going to be welcome news for them,” said Geoff Coulson, warning preparedness meteorologist with Environment Canada.

But while the two separate systems will bring heavy precipitation to the west and east, the Okanagan is expected to remain fairly dry.

“For the Okanagan itself, it doesn't really look like much in the way of significant precipitation for the next few days,” Coulson said.

“It looks like a lot of the moisture gets rung out before it gets into the Interior, so not really expecting much more than scattered rain showers and flurry activity in the lower elevations in the Okanagan, and then in the higher elevations, maybe a little bit more in the way of snowfall.”

While those in the Valley may welcome the mild weather over the next few days, the forecast will be disappointing for skiers and boarders hoping for more snow for Big White's opening weekend. Monday, the resort pushed its opening day from Thursday to Friday, due to a low snow base. 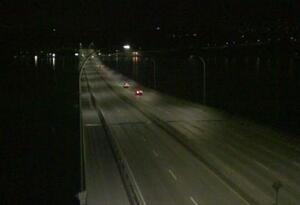