A lingerie store in downtown Kelowna was broken into in a burglary early Saturday morning.

"We have a security system so our alarm and motion detection went off. We were also alerted by the RCMP," she said.

The suspects threw a big rock through the window of the shop to gain entry that left broken glass everywhere.

"At first it is a shock so you don't really know what has been taken, but then after a while, you look around and you notice quite a bit was taken," Korchinski said.

Korchinski says an iPad, corsets, lingerie, bikinis, body stockings, belts, dresses and shoes were all stolen.
She believes whoever robbed the store had been in before.

"It was a casing out the situation, it sort of seems like that, the way that they went through. We are reviewing footage from the past week."

Korchinski says multiple suspects were involved and were wearing masks and dark clothing.

"It is extremely disappointing especially because we are coming out of a pandemic and trying to restart everything and bring the best service we can to our customers."

"The downtown core has gotten steadily worse I would say through this whole thing. It is a whole big mess that you don't understand unless you are a shop owner. I am not very happy."

Korchinski says they will be updating the business with more security measures including new cameras and windows.

RCMP are currently investigating the incident. 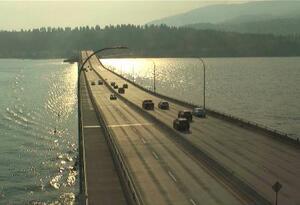