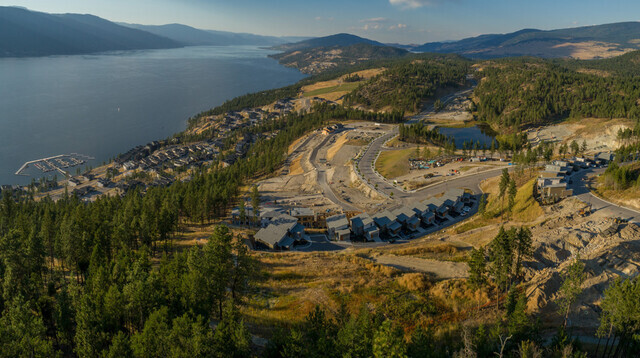 Developers of the McKinley Beach neighbourhood build out will have to go back to the drawing board after their latest plan was shot down Tuesday night.

City council was deadlocked 4-4 on the proposal from Kinnikinnik Developments to increase the build out area by 350 acres, 100 acres of which would be protected. The tie vote means the motion failed.

The developer also agreed to gift the city 246 acres of parkland, valued at $11 million, which would connect with Stephens Coyote Ridge Regional Park to the south.

They would also contribute about $1.5 million of the approximately $10 million cost of any upgrades needed for Glenmore Road.

The 1,300-unit McKinley Beach development had been approved by council several years ago. Only 485 have been constructed or permitted to date.

Tuesday's public hearing was the continuation of a public hearing paused two weeks ago to allow interveners a chance to review transportation studies not included with the original package.

Numerous people spoke against the plan, stating the land swap was a "bad deal" for the city, and concluding increased traffic and urban sprawl would erode the environment and contribute to more greenhouse gas emission council says it's trying to reduce.

Council praised the passion of those who spoke on both sides of the issue, but were unable to come to a consensus.

In voting in favour, Coun. Gail Given disagreed with the interveners saying she would support it "because I care about the environment and because I know what development patterns are looking like in Kelowna."

"So on balance, I side with staffs perspective that this is actually of quite significant benefit to the community."

Mayor Basran also sided with the development, saying approval would give "finality" to the neighbourhood.

Contrary to those who spoke against the application, Basran says he doesn't believe it goes against the Imagine Kelowna vision of change the intention of the OCP.

In voting no, Coun. Luke Stack said the defining factor for him was staying true to the permanent growth boundary.

Councillors Stack, Hodge, Wooldridge and Singh voted against the motion.

Coun. Ryan Donn was absent from the meeting. 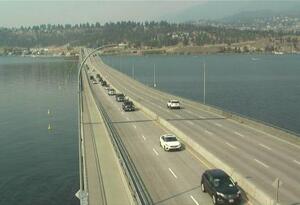