Smoke causing drop in business across the Central Okanagan 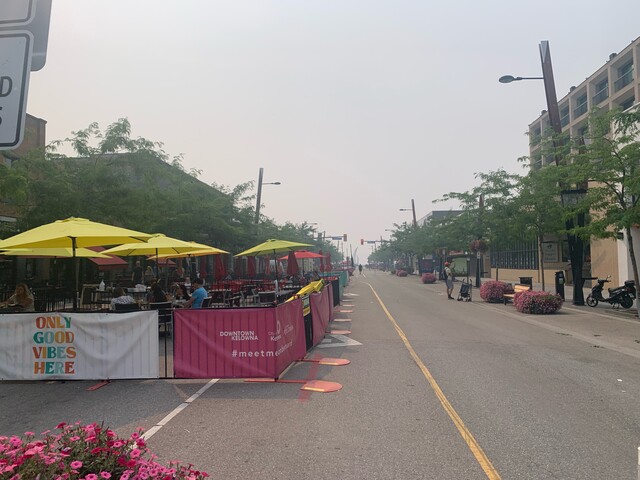 Downtown Kelowna felt eerily quiet on Monday of the August long weekend with small numbers of people venturing out in the thick smoke.

SunWave Boat Rentals says they have seen a 50 per cent drop in customers since the smoke arrived.

"It is definitely slower. Half of the clients do come to the dock and then they realize it is too smoky for them," said owner Andre Plyusnin.

Plyusnin says refunds can be made if customers give a few hours notice prior to their rental.

Kelowna's Krafty Kitchen and Bar say they have seen a 20 per cent decline in customers compared to the previous week.

But despite the smoke, general manager Mia Papadopoulos says those that are out are making the most of it.

"Our patio hasn't really been impacted at all. People are still requesting to sit outside. We have seen a lot of people from both B.C. and Ontario," she added.

In response to a COVID-19 outbreak hitting the Central Okanagan, several bars and restaurants announced earlier this week that they would be closing their doors through the long weekend.

BNA Brewing said Thursday they would be staying closed for the weekend.

Central Kitchen made a similar announcement after a cluster of positive cases, and said they are working with Interior Health and are expecting to reopen on August 9.

The Friends of Dorothy Lounge, meanwhile, made the announcement that they will be closed until at least August 5 on Friday afternoon. They called the decision a “no-brainer.”

“We want to do our part to keep our staff and our best Judy's safe,” they said on Instagram. 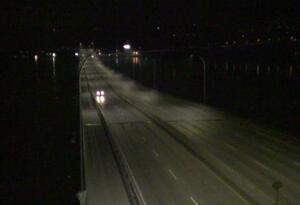