Masks for at least 14 days 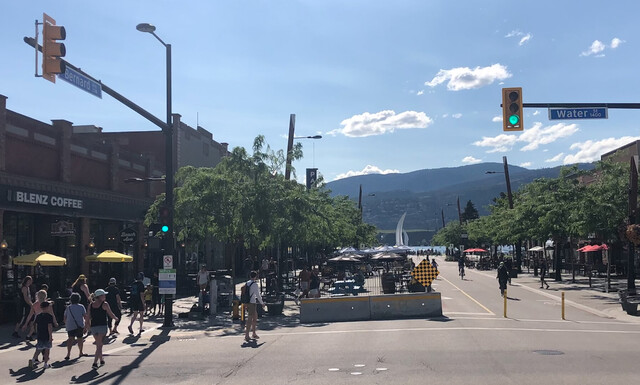 The new indoor public mask mandate in the Central Okanagan will remain in place for at least the next 14 days, until cases in the region begin to fall and vaccination rates increase.

While Dr. Pollock did not announce an end date for the new measure earlier, a recent IH press release says it will be in place for "at least 14 days."

Additionally, masks will once again be required on all BC Transit buses operating in the Central Okanagan, beginning Thursday.

"More than 95 per cent of recent cases in the central Okanagan are among people who are not fully-immunized against COVID-19," IH said in the statement. "This is an important reminder that immunization is our most effective prevention against COVID-19."

The Interior's vaccination rate is slightly lower than the provincial average, with 60 per cent of eligible people having received both doses, compared to B.C.'s 63.2 per cent.

To help increase the vaccination rate in the Central Okanagan, IH is hosting a pop-up immunization clinic in downtown Kelowna starting Friday from 3 to 7 p.m. The location of the clinic has yet to be announced. Additionally, new pop-up clinics are also expected in the coming days elsewhere in Lake Country, Kelowna, Westbank First Nation, West Kelowna and Peachland.

Non-essential travel among unvaccinated or partially vaccinated individuals into and out of the Central Okanagan is also now discouraged by Interior Health.

About 240 new COVID-19 cases have been identified amongst Central Okanagan residents in the past week, resulting in the reintroduction of the indoor public mask mandate in the region starting at midnight.

The 240 cases, making up about half of the province's cases in the past week, have largely been amongst people aged 20 to 40 who are unvaccinated or partially vaccinated.

During a press conference Wednesday afternoon, Dr. Bonnie Henry noted the more-transmissible Delta variant has largely been responsible for the large outbreak in the Central Okanagan. But despite the growth in case numbers, those most vulnerable continue to largely be protected by immunization, and hospitalizations and deaths due to the virus remain low. Additionally, few of the new infections are among children.

Interior Health chief medical health officer Dr. Sue Pollock said about 50 per cent of the new cases in the region are linked to social gatherings, workplaces and home settings, but public health has been unable to determine where transmission occurred for about 30 per cent of the cases.

“We do have more wider spread community transmission happening,” she said. “We don't have a particular party, or one event, that we're linking the majority of cases to, but certainly those social gatherings and private gatherings are one factor here.”

Dr. Henry said they have seen the transmission of the virus spread from residents of the Central Okanagan to other places in the province, and vice versa, and she is now recommending those who are unvaccinated not travel for non-essential purposes. But no enforceable travel restrictions have been implemented.

A number of restaurants across the Central Okanagan have recently closed down due to staff members contracting the virus.

“We will be following up with all businesses who have three or more COVID-19 cases linked to their establishment, and if necessary we will be ordering them to close,” Dr. Pollock said, noting they'll be working with businesses on a case-by-case basis.

Similar to what occurred during the cluster of cases in downtown Kelowna last summer, Interior Health will also be increasing its enforcement of COVID-19 measures in local businesses.

“Going out, often in the evening hours and on weekends, to these local businesses in the downtown core, in part to provide education, to review the COVID safety measures with the businesses, to do some observations of what's occurring in the businesses, but also to provide as needed some enforcement for those businesses that are not following measures,” Dr. Pollock said.

Due to the outbreak, Interior Health is now recommending all personal gatherings and events in the Central Okanagan take place outdoors when possible. Indoor events remain capped at 50 per cent of a space's capacity, or 50 people, whichever is greater.

Casinos can remain open during the outbreak, but masks will be required, while nightclubs will also remain open, with up to 10 people per table. Dr. Pollock added there can be no socializing between tables and no dancing at these venues.

There will be no change to liquor service hours with the new measures, but patrons of bars and restaurants must now wear masks again while not seated at their table.

Dr. Pollock noted some of the new cases in the region have been linked to gyms and other fitness facilities, but these can continue to operate as long as people are wearing masks inside.

Finally, the time interval between vaccine doses for residents in the Central Okanagan has been reduced to 28 days, down from 49 days for the rest of the province. Vaccination rates in the Interior are slightly below that of the rest of the province, with 74.2 per cent of people 12 and older having received a single dose, while 60 per cent have received their second.

Due to a rapid increase in COVID-19 cases in the Central Okanagan in the past week, masks will once again be mandatory in all indoor public spaces in the region.

In the past week, about 240 new cases have been identified in the Central Okanagan, making up about half of the province's total new cases in that time period. A number of Kelowna restaurants have closed in recent days due to staff contracting the virus.

The new indoor mask mandate will go into effect in the Central Okanagan at midnight Wednesday. Masks will be required indoors in Kelowna, West Kelowna, Westbank First Nation, Peachland and Lake Country.

Additionally, Dr. Pollock said non-essential travel into and out of the Central Okanagan is now discouraged for people who are not immunized, while public health is also recommending large gatherings take place outdoors.

Furthermore, Dr. Pollock said for Central Okanagan residents, the minimal interval between the two doses of vaccines will be reduced to 28 days, to encourage residents to become fully vaccinated.

The newly declared outbreak in the region comes close to a year after a cluster of COVID-19 cases were identified in Kelowna last summer. 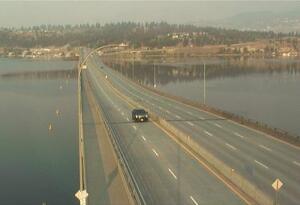