The local state of emergency and evacuation order issued Monday after the crane collapse won’t be lifted until at least Wednesday.

Central Okanagan Emergency Operations issued an update saying “This continues to be an evolving situation and the incident site and its surrounding area remain unsafe and unstable. Road and sidewalk closures, including barricades, are in place to ensure safety. Residents and visitors are to stay out of the area.”

Engineers and other professionals continue to conduct assessments and safety plans to determine the next steps in the disassembly of the crane.

Disassembly will likely happen in phases, and partial rescinding of the order could come after phase one, but that’s not expected to take place until sometime Wednesday.

Earlier today police had said they hoped the recovery of the body of the man trapped in the rubble would happen by Tuesday afternoon, but that was contingent on an engineering assessment of the stability of the crane. The stability of the remaining portion of the crane remains a major safety concern for rescuers.

Engineers and rescue workers are teaming up Tuesday in Kelowna at the site of the downtown crane collapse to recover the body of a man still trapped inside the rubble.

Kelowna RCMP Insp. Adam MacIntosh said Tuesday the man was working in an office building next to the job site when the crane came crashing down on top of him.

Four other men, workers at the construction site, died when the crane fell apart during the dismantling process. Their identities have been revealed in GoFundMe campaigns launched Tuesday. One other was taken to hospital but has since been released.

“Yesterday was a tragic day, to see all those workers standing there and knowing that they just lost some of their friends and coworkers and to see the families and what they were dealing with,” said MacIntosh.

“I could only imagine what they are going through and right now we want to do everything we can to support the investigation and support WorkSafeBC and those families.”

MacIntosh says they are working with engineers to make sure the crane is not at risk of additional collapse before they start removing the rubble to recover the body.

He said the initial emergency response to the collapse for “extremely dangerous” for first responders as there was a significant risk that the rest of the crane could come down.

“I think we are very fortunate no other lives were lost, no rescuers were injured and we want to keep it that way. We want to make sure it takes whatever time, using engineers to ensure that we do this as safely as possible,” he said.

MacIntosh could not provide any details on what caused the crane to collapse, explaining that the investigation is still in its opening days.

He said they hope to lift some of the evacuation orders by this afternoon if the recovery mission succeeds, although some restrictions will remain in the area for several days.

Four of them were workers on the site, and the fifth was a man in an adjacent building.

That person’s body has not been recovered yet.

One other person was also taken to hospital, and was released with non life-threatening injuries.

No one else is believed missing.

RCMP are hoping to reopen roads around the scene by later today if the recovery mission succeeds.

Kelowna RCMP have announced they will be holding a news conference at 11 a.m. to provide the latest update on the tragic crane collapse in downtown Kelowna.

The collapse claimed multiple lives but the exact number of the deceased and injured remains unclear. The father of one of the workers who was feared dead told Castanet on Monday there were four fatalities.

Many businesses in the downtown core near the crane, including the Safeway on Bernard Avenue, remain closed on Tuesday.

Roughly two blocks of downtown Kelowna are still cordoned off as an investigation continues into a fatal crane collapse Monday morning.

Multiple people were killed when the crane at the Bernard Block development at Bernard Avenue and St. Paul Street collapsed during the dismantling process.

The vertical portion of the crane is also now at risk of collapse, forcing the evacuation of homes and businesses in the area.

During a news conference Monday evening, Mission Group CEO Jon Friesen was unable to say when the rest of the crane would be stabilized and evacuation orders lifted.

“I think that is for future days, right now we are just concerned with the injured and those who were not so lucky,” Friesen said, calling the incident "a tragedy."

At this point, police are only saying “multiple people” were killed in the collapse, without providing specifics. However, the father of a worker on the crane who is feared dead told Castanet there were four fatalities.

RCMP say the area around the crane will remain closed until the investigation into the incident is complete. A notice has been issued banning aircraft, including drones, in the area. The BC Coroners Service and WorkSafeBC are on scene conducting their own concurrent investigation.

The evacuation zone includes multiple apartment buildings and businesses, and at this point, it is anyone’s guess when they will be allowed to return. Evacuees are being provided emergency support services at the Salvation Army at 1480 Sutherland Avenue.

When a fire at a construction site in Glenmore damaged a crane earlier this year, it took several days to deal with the situation and evacuees were forced from their homes for multiple days.

This story will be updated throughout the day as more details become known. 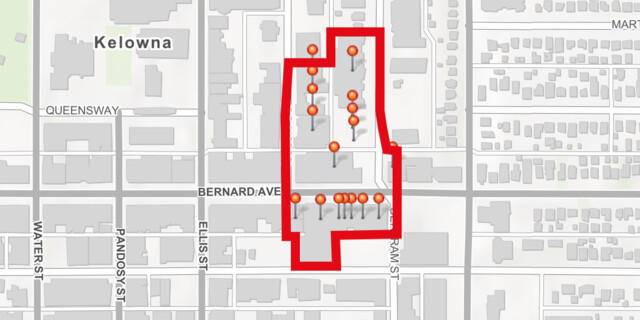 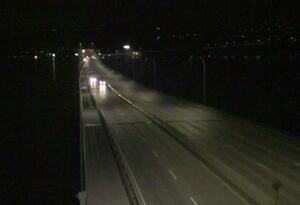