A Salmon Arm business owner is teaming up with the Kelowna Women's Shelter and the Salmon Arm Safe Society to create an online platform for women who have experienced trauma.

Monique Cusson, owner of The She Shed by the Shuswap Shore retail art gallery, recently donated one of her custom-finished pieces of wood to the Kelowna Women’s Shelter. Shortly after receiving the gift, the shelter reached out to Cusson to see if she would be interested in being featured as a surviving donor.

The partnership made her more willing and open to sharing her own story of trauma and also jump on board with the new “What You Can Make Of It” platform.

Cusson describes Dec. 1, 2019 as the day her life changed forever. That day, she was nearly a murder victim, but she tells her story of survival with strength and courage.

“There is so much support out there for you. The second you’re ready to receive it, there are people there waiting to help you. You can absolutely 100 per cent do it on your own. I was broke, was risking homelessness, not sure how I was going to feed my kids, but I managed to try, and try new things and finally I found happiness,” said Cusson.

The What You Can Make Of It initiative is an online platform currently under development by the Kelowna Women's Shelter where women can reach out to each other, share their stories of suffering and healing, and see other women's strength. Cusson says this program is important, because it gives the women a spotlight.

"I mean it's one thing to be successful, and every human on the face of the planet has been through something traumatic and we oftentimes hide it in the shadows. As many people know all too well, that's where domestic violence thrives is in the shadows, so this shines a light on our strength rather than the other side of our story,” Cusson says.

More details on the platform will be released in the future.

Cusson will be hosting a fundraiser on Saturday June 26, with the funds going towards the Kelowna Women’s Shelter and the Salmon Arm Safe Society. The event takes place from 5 p.m. until 9 p.m. outside the She Shed by the Shuswap Shore in Salmon Arm.

She has invited everyone to come out and support these critical local organizations. 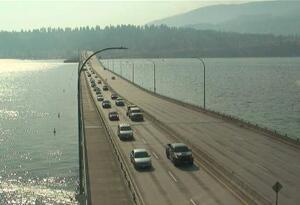