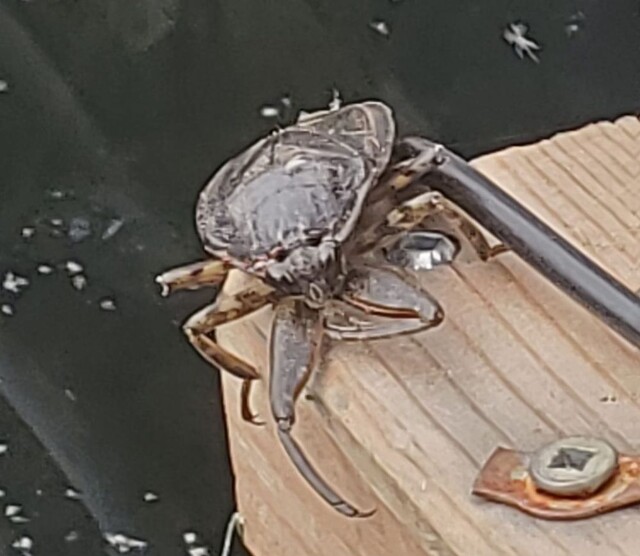 A Kelowna fisherman has shared a photo of something he has never seen before, even after years of fishing all across the Okanagan and Shuswap.

"I'm born and raised in Kelowna and I've never seen anything like this in my time and I've fished many mountain lakes."

Bobby Sprovieri tells Castanet he was on a mountain lake east of Enderby recently when he had an unusual fishing buddy join him for a few hours.

"We were there for the weekend and I went out for an evening fish and this four-inch creature joined me and was just looking at me."

Sprovieri said the creature stayed with him for hours as he fished, leading him to lift it off the boat with an oar once he returned to shore.

"As soon as it hit the ground it dove right in the water and swam away like a turtle."

Sprovieri posted the picture of the creature online and began researching what it could be.

Castanet sent a photo of the creature to Lisa Scott, executive director of the Okanagan and Similkameen Invasive Species Society.

"Yes, it's looks to me like a giant water bug. Cool sighting!" she replied.

Scott says it is a native species that swims but can also fly. It is commonly known as the "toe biter."

According to the website E-Fauna BC, "the giant water bug, or electric light bug, is a common, large, aquatic insect species in BC. It is found in still water habitats, including ponds, marshes, lake edges, and in slow-moving creeks and streams, and can be encountered on land. Water bugs have wings and are strong flyers. They should be handled carefully as they can bite."

The insects also use a pair of front fore-limbs to capture and latch onto prey, which they then inject with toxins. Underwater, they breathe air that is trapped under its wings using two snorkel-like tubes. They can grow up to nine centimetres long.

In retrospect, Sprovieri is lucky the large insect didn't decide it wanted to take a bite out of him. "Toe-biters" are known to deliver a painful bite if handled or disturbed. 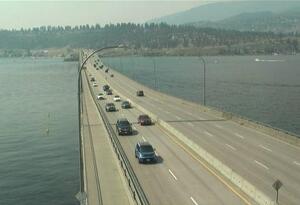