A look at Porsche Taycan

Zero to 100 in four seconds, 522 horsepower, and a top speed of 250 kilometres per hour – Castanet is taking a look at the brand new Porsche Taycan 4S.

"It feels like on a racetrack when you're going around corners. It's a pretty amazing vehicle," says Ryder.

"You feel like you're almost going slow it's so comfortable and you look at the speedometer and you're like 'eh I should slow down," he laughs.

Can an electric Porsche live up to the classic Porsche experience?

"Its got the Porsche quality and everything you would expect from such a vehicle. It's probably the Porsche to get if that suits your lifestyle," Ryder replies.

Its 800-volt architecture produces charge power of up to 270 kilowatts. The vehicle has a range of between 309 and 323 kilometres. Full specs here.

Ryder drives a Tesla Model 3, also an electric vehicle, but he says the Taycan is next level.

"Performance-wise it's kind of similar, this would be slightly faster specs-wise, but on the road similar but where this is even better is handling corners, just the fun factor of it is another level up," he adds.

However, after driving the car for four days straight, he says the seating became uncomfortable.

The car has six buttons to control the seat, so Ryder is confident he could find the magical spot to fix his back, but he didn't have enough time with it.

"Everybody looks at it, everybody talks about it. I've been approached almost everywhere I stopped. The cool factor is way up there," he concludes. 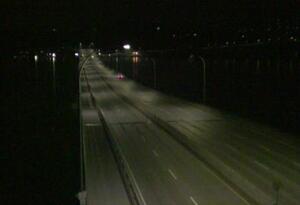