Videos posted to social media and sent to Castanet show a large crowd of people dancing in the packed restaurant and on tables, and it appears no one was wearing masks or social distancing.

Charley Victoria’s is located at Big White but is privately owned and operated. Castanet spoke with Big White vice president Michael J Ballingall who says the resort is “disgusted” and they called RCMP at the time of the event to get it shut down.

“We’re incredibly upset by what we’ve seen,” he says. “If we can identify any staff members that work for us, their jobs will be terminated. At seven-o-clock we called the police. This is an extreme violation of everything that we’ve been trying to do all year long. This is in violation of the provincial health order.”

Provincial health officer Dr. Bonnie Henry announced Monday afternoon that all in-house dining at restaurants will be prohibited until April 19, as a result of surging COVID-19 cases in the province.

Because it’s believed many of the people in the videos do not work for Big White, there is limited actions that the resort can take going forward. The ski hill closes for the season on April 11.

Castanet has reached out to Charley Victoria's and has yet to receive a response. 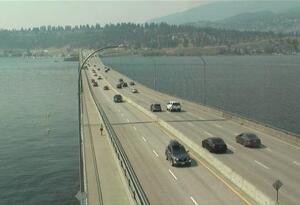