'BC apples the farewell tour'

The BC Fruit Growers' Association sponsored a 12 cent apple sale at the Kelowna Farmers and Crafters Market on Saturday, to shed light on the harsh challenges that apple growers are facing.

"We're doing a 12-cent-a-pound fruit sale because that's what growers have been getting for their fruit. It costs about 30 cents to grow a pound of fruit and so growers are losing money," says BCFGA vice-president Peter Simonsen, who farms approximately 50 acres in Naramata and Penticton.

"It's just an awareness campaign - I've been calling it 'BC apples the farewell tour' because I think that it's an industry that is disappearing."

In the last four years, apple growers in the Okanagan have received very low prices for their apples. On average in 2019, the price received for a pound of apples was $0.126. This is well below the average production cost of $.30 per pound.

"You know, apples are selling for $2 a pound in the store and we'd like our fair share of the returns for the apples," says Simonsen.

Retail consolidation has become an issue, as there is a big difference between producer revenue and the price that consumers are paying to retailers.

And with cost of production increasing each year, BCFGA president Pinder Dhaliwal, who farms 12.7 acres in Oliver, says theres not much time left for apple growers in the Okanagan.

"As price takers, our slice of the pie gets smaller and smaller and there used to be onions, carrots and potatoes, and they have disappeared. And last year I said the farmers are drowning - well pretty soon, the apples are going to be gone and you can see it all through the valley," he says.

Apple growers to the south in Washington State were recently given a cash subsidy of seven cents per pound for apples due to a combination of weather, market conditions and the pandemic. These subsidies are undermining Canadian agricultural viability.

"We're competing against the U.S. taxpayer when they pay their growers seven cents a pound," says Simonsen. "We either need to have a tariff of some kind coming onto that, over the border with that produce, or we need to match the subsidy."

The B.C. government's contribution to support programs for agriculture is the lowest in the country and Canada has the lowest agriculture budget among all of the developed nations.

Another large factor is the impact of the Columbia River Treaty which has vastly increased Washington State's production size. But in turn, it's caused Okanagan apple production to decline.

"Back in the 60s and 70s, B.C. had 12 million apple box production. Now we're at 3 million," says Dhaliwal. "With the Columbia River Treaty, the agriculture industry in Washington has grown. They're at 120 million - 150 million apple production, so it's kind of reversed."

The COVID-19 pandemic has resulted in additional costs of operations for apple growers. This is in addition to the pre-existing financial pressure that has persisted over the last couple of years.

"It's something that when we're gone, the B.C. people are going to miss us and in this time of food security, I'm surprised that politicians in all parties don't seem to realize that agriculture is in trouble," says Simonsen.

And next year, B.C. will have the highest minimum wage in the country.

The BC Fruit Growers Association has asked the provincial and federal governments to increase the coverage of losses through the Business Risk Management Programs, but this help has been limited. And while the program design has been reconsidered by both levels of government, growers feel this has been discussed for many years but nothing has been achieved to better the program value and participation.

With the provincial election right around the corner, apple growers hope British Columbians will get out and meet their provincial candidates to learn about how they are planning to support the agriculture industry during this time of crisis.

The BC Fruit Growers Association plans to participate in more awareness campaigns similar to the one held at the farmers market on Saturday. 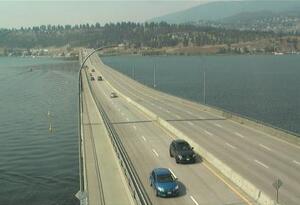