The response was astounding. More than 150 businesses and charities applied to a local giveaway of three free months of billboard advertising.

Venture Realty Corp. and the Electronic Billboard put out the call in August, originally planning on giving away a single advertising package to a group impacted by COVID-19. But after the overwhelming response, it was decided two packages would be gifted.

This week the Bridge Youth and Family Services and King Rooter Plumbing were selected as winning entries.

“Reading through [the entries] daily was an awesome part of my day, I saw so much community outreach and people in the community wanting to get involved that have organizations and local businesses that they care so deeply about and recognizing the impact of COVID and the ways that these businesses actually benefit from this,” said Courtney Fedevich, project lead at Venture Realty Corp.

Celine Thompson, executive director at The Bridge Youth and Family Services, says when they started fundraising for the Youth Recovery House two years ago, she has always wanted it on a billboard.

“This is something we would never be able to afford, we raise money for this initiative because we have no money. We’re really committed that every dollar raised has to go to bricks and mortar...This provides us with an opportunity to really leverage that and really sing the story from the rooftops.”

“For a local business the first thing that would take a cut when you’re making budget cuts during COVID would be marketing … and so having this opportunity we knew right away that we wanted a local business to benefit from that and then obviously non-for-profits don’t have much of a marketing budget, if any at all, so we knew we wanted to hopefully reach out to a non-for-profit if we could as well,” adds Fedevich.

Evan Sigalas, president of King Rooter Plumbing Inc. says he was in disbelief when he was selected.

“To be honest I didn’t even think it was real. I almost had to pinch myself to see if this is real and apparently it was, I’ve never won anything in my life, so this was awesome.”

The Bridge Youth and Family Resource Centre is raising money for a youth treatment centre in the Central Okanagan. There is currently no such facility in the Valley for anyone under 17 seeking support.

Sigalas and his team at King Rooter have started a new division within their company, King Trenchless, where they use trenchless technologies to replace water lines and sewers without digging them up.

“Every trenchless job that we get from the billboard we’re going to give $100 to the BC Epilepsy Foundation.” “My son here, [Alex] has epilepsy, he’s had it since he was six-months-old and it’s been a struggle for us.”

His son was at the announcement and he was in good spirits despite his condition.

“No parent should be going through medical concerns, especially through a pandemic,” adds Sigalas.

“It’s one thing to have business suffer during a pandemic, just imagine everybody was dealing with the same problem, but also having your son show up and taking care of him 24 hours of the day so that his mom can go do her overtime and him having cluster seizures and dealing hit that on top of it — so we’re really happy to push this forward and do that donation towards the BC Epilepsy Society.” 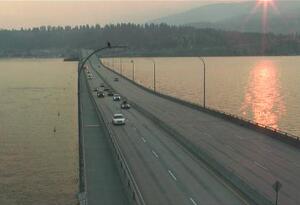