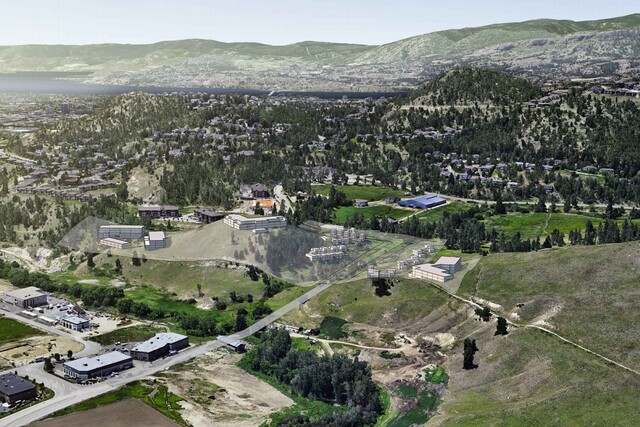 Troika Management Corporation has submitted its plans for a major residential development on McCurdy Road that could also have a major impact on the city’s transportation system.

Terreno Hillside Community would consist of 266 condominiums and 43 townhomes if it were to come to fruition. Troika submitted rezoning and official community plan amendments to Kelowna city council earlier this month.

The development, which would be weaved into the hillside north of Highway 97, would also include the extension of McCurdy Road to connect to Mt. Baldy Drive. According to Troika, that has been identified by city staff as a key component of the city’s master transportation plan and would help ease traffic congestion on Highway 97 by providing an alternate route to Dilworth and Glenmore.

Terreno Hillside Community would feature 309 homes with one, two or three bedrooms.

“Our current development plans make a tremendous effort to minimize the impact to the environment by dedicating majority of the property to parkland,” Troika development vice-president Rich Threlfell wrote in his company’s submission letter to city council. “It also leaves open space for hiking trails and outlines a Mill Creek restoration and protection plan.

“Troika has taken extensive care to ensure we utilize the development nodes to eliminate a development sprawl.”