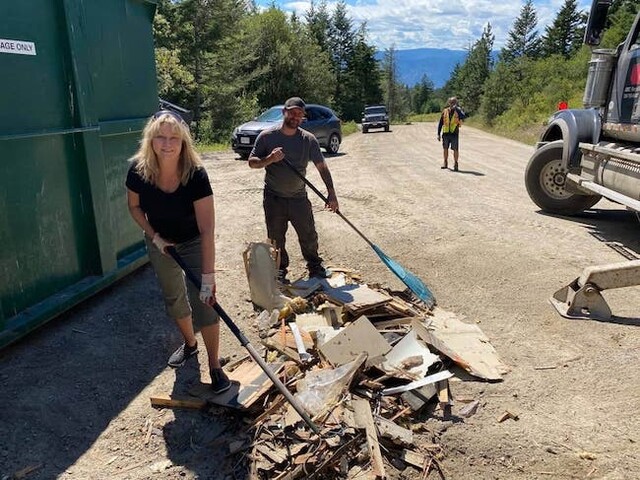 About 10,000 pounds of garbage and 13,600 pounds of metal were removed from an Okanagan backcountry road on Saturday by the non-profit Okanagan Forest Task Force.

Founder Kane Blake confirmed three burnt vehicles were removed from Beaver Lake Road in Lake Country on July 25, along with thousands of pounds of other garbage material and metal.

The volunteer turnout was impressive, says Blake, and was a contributing factor in how successful the clean-up was. MP Tracy Gray was one of the volunteers in attendance.

"It was great to see her come out and volunteer and see what our organization is all about and see what we see," says Blake.

Okanagan Aerial's Robin Bloch captured drone footage of the clean-up, which has since been posted on the group's YouTube page.

Parts of the day were also captured on live-stream and shared with the Facebook group.

"It's something new we wanted to try and helps make our growing group feel like they are there, even if they can't make it," says Blake.

Since the group started in 2016, they have removed over 272,702 pounds of illegally dumped garbage in the Okanagan backcountry. 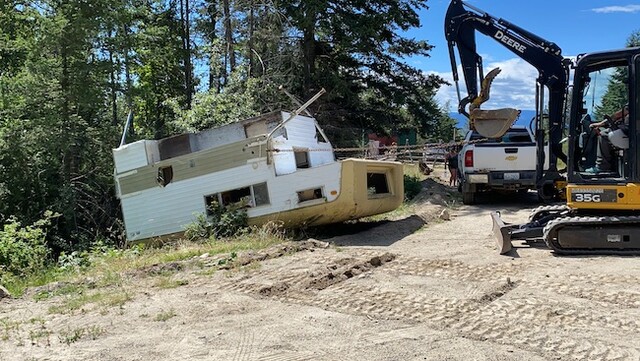 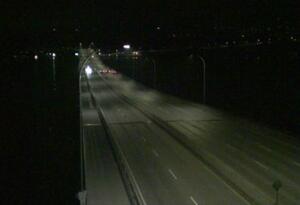