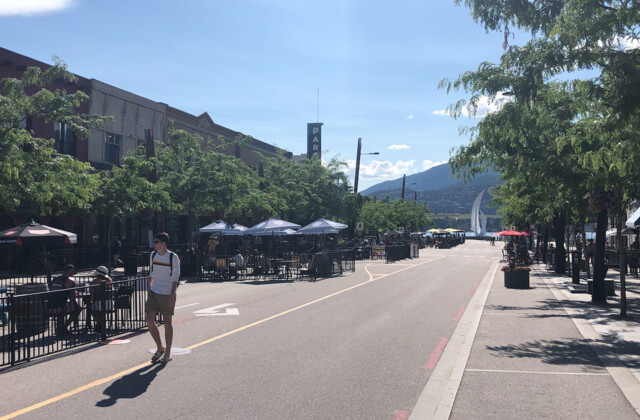 The number of COVID-19 cases connected to multiple exposure events in downtown Kelowna and the Mission area over two weeks in late June and early July continue to rise, hitting 27 as of Thursday.

This increase is more than double the 13 cases Interior Health said had been identified as of Wednesday.

“I believe we're confident that we're finding people and isolating them before they develop symptoms themselves, so that's the way we break those chains of transmission," Dr. Henry said Thursday. "I know they're doing a great job up there, it is a lot of work.”

Last Friday, Interior Health announced eight people who later tested positive for COVID-19 had spent time at private parties, bars and restaurants in the downtown core between June 25 and July 6. Earlier this week, the date range was expanded to July 9.

The cluster stems from a group of people from Alberta, the Lower Mainland and the Interior Health region meeting in Kelowna, and spreading it to others.

"We need to ensure that we have those measures in place, and that we can have safe meetings and gatherings and get-togethers and parties, with small numbers of people this summer," she said.

Since the initial announcement Friday, Interior Health has released information concerning the movements of some of those infected. They include:

BC Centre for Disease Control data shows that since Friday, 18 more residents of the Interior Health region have been diagnosed with the disease, all of whom are believed to be connected to the Kelowna outbreak. While the entire region had just one active case at the beginning of the month, there are now 21 known active cases across the Interior.