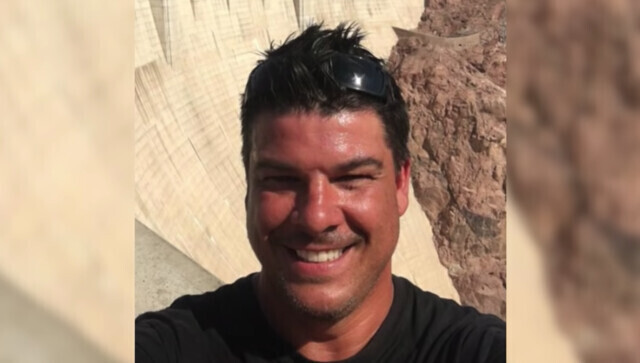 A former social worker is believed to have stolen from and neglected more than 100 at-risk youth in Kelowna since 2001. And now, after years of legal proceedings, the B.C. government has agreed to a class-action settlement that could cost the government upwards of $15 million.

Robert Riley Saunders was hired by the Ministry of Children and Family Development in 1996, before transferring to Kelowna in April 2001. Since then, the MCFD has identified 102 clients, including 85 Indigenous youth under his care, who he may have stolen from and neglected.

Dozens of lawsuits filed against Saunders and the MCFD over the past several years claim Saunders opened up joint bank accounts with vulnerable youth in his care before taking the money for himself.

As a result, many of the youths became homeless, suffered sexual abuse, exploitation and other harm.

In a recent class-action settlement agreement with the province, the government admits Saunders harmed children in the MCDF's care by way of “neglect, misappropriation of funds and failure to plan for the children's welfare and, with respect to Indigenous children, failure to take steps to preserve their cultural identities.”

The settlement, which will go in front of a judge later this year for approval, includes a base payout to Saunders' victims of $25,000, with an additional $44,000 for Indigenous victims. Depending on the harm that individuals suffered, further payouts can reach a maximum of $250,000 per individual, for those who suffered sexual exploitation, psychological harm, homelessness, educational delay, and bodily harm.

Anyone who was in Saunders' care for at least 90 consecutive days while they were under the age of 19 may be eligible for compensation if the agreement is approved.

Jason Gratl, the plaintiff's lawyer in the suit, estimates the settlement could cost the government between $12 and $15 million.

“Within British Columbia, there has not been an action [against the MCFD] of this magnitude as a class action, but it's difficult to know because the MCFD settlement agreements are shrouded in secrecy,” Gratl said.

While the MCFD estimates 102 youth fall under the criteria to be included in the class action, Gratl says the number could be even higher.

"We know that ministry records are faulty, in no small measure because many of those records were created by Riley Saunders, a known fraudster," Gratl said.

The settlement agreement highlights Saunders' history with the MCFD, including his forged degree that got him the job in 1996. While he claimed to have a Bachelor of Arts in Psychology and a Bachelor of Social Work from the University of Manitoba, the university has since confirmed Saunders never graduated.

Following Saunders' transfer to Kelowna's MCFD Aboriginal Services Office in 2002, he was reprimanded in 2004 for “personally withholding a client's money and deliberately not involving a third party to oversee a client's financial transactions.” The following year, the MCFD noted in a performance review that Saunders “can be seen to be disinterested or not showing appropriate sensitivity to Aboriginal culture/history.”

Previous lawsuits against Saunders claim he targeted Indigenous youth “because he knew that his supervisors and managers would not look too closely at their affairs or adequately safeguard their interests.”

Gratl says the lawsuit may have a wider institutional impact within the MCFD.

“It will have a localized effect within the Kelowna Aboriginal High Risk Services division,” Gratl said. “Institutional change usually requires more than a simple lawsuit. The lawsuit is often the signal to an institution that the time has come for systemic change, but lawsuits themselves are not the most effective vehicle to implement institutional change.”

An RCMP criminal investigation into his actions wrapped up in April, but the BC Prosecution Service has yet to file any charges.

The province has launched its own civil suit against Saunders to recoup some of its losses.