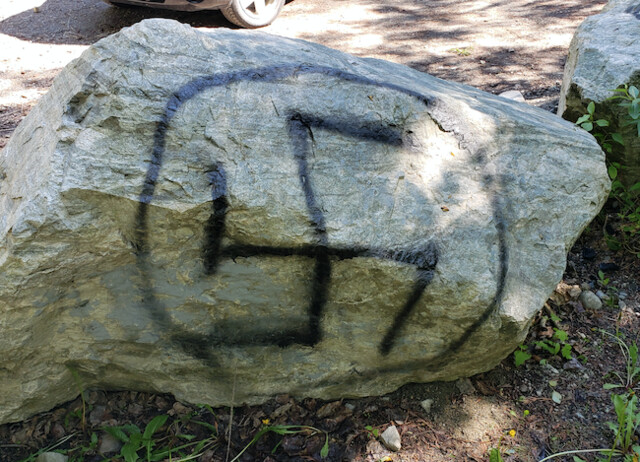 A Kelowna man took it upon himself to deal with an apparent racist act of vandalism on the KLO Creek Trail near Gallagher's Canyon.

Mike Carter tells Castanet he was out hiking with his girlfriend on Wednesday and as he was returning to the parking lot, he saw a black swastika painted on a rock.

"To see that kind of stuff around here, it made me sick so I went right to the store and bought some paint and covered it up."

Carter says he feels like Kelowna and Canada are being torn apart and that everything seems political to him.

"It makes me sick what's happening right now, the fight between masks and no masks and all this racism, it's just disgusting."

Dr. Heidi Tworek is an assistant professor of international history at the University of British Columbia. She said there has been a rise "globally in the number of reported hate crimes."

Dr. Tworek says there is no one reason for the apparent increase, but points to a rise in populism and anti-immigrant sentiment even in Canada, which has generally remained very welcome to immigrants and different groups.

"The coronavirus pandemic has caused a rise, at least in Vancouver, of anti-Asian hate crimes. So I think we're seeing the pandemic accelerate some of these terrible trends of a rise in racism," says Dr. Tworek.

Dr. Tworek says it's difficult for individuals to fight racism, other than to model anti-racist behaviour and educate other people, but she says B.C. politicians have been doing a good job of drawing a firm line in the sand.

"One of the things that is helpful is to have politicians as they have been doing in B.C., continuing to point out that they have no tolerance for racism of any kind."

Carter went above and beyond to make sure the swastika was not seen by anyone else when he painted it over and Dr. Tworek points out, "unfortunately racism has played a very large role in the history of B.C., and it has led to horrific consequences. That doesn't mean we shouldn't address it now and let people know we have no tolerance for it (racism) in our contemporary society." 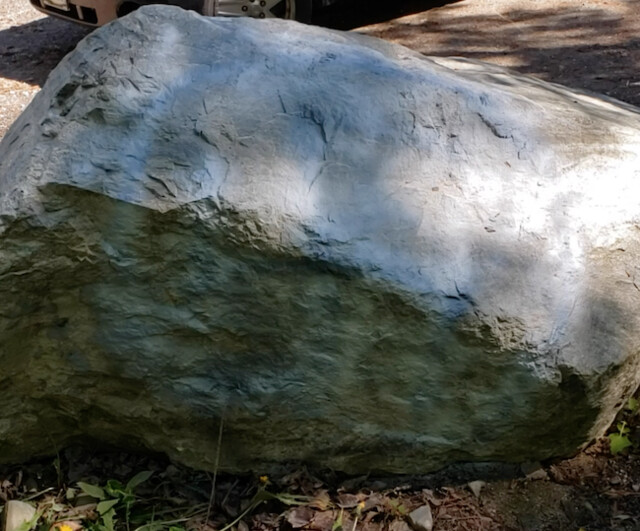 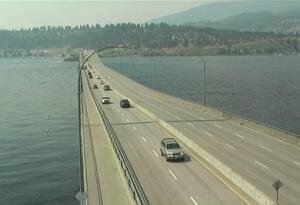