Students at Kelowna's Centre for Arts and Technology (CAT) have been awarded grants from the Telus Storyhive 'Reel Youth Community Stories' project.

The Storyhive winners workshop is coming to Kelowna's CAT Feb. 22 to 23, with workshops running from 9 a.m. to 5 p.m., bringing Okanagan filmmaking teams together to prepare them for the production of their short-films, using the grants they have been awarded.

With 50 team submissions, only 10 groups were chosen, each receiving $10,000 to create their film.

The CAT campus will host the weekend with three Storyhive staff members and seven of the winning Storyhive teams, including the team Fifth Productions, a group made up of CAT's Digital Filmmaking students.

The finished projects will then be featured on select Telus platforms later this year.

“The Centre for Arts and Technology is a world class education facility, playing an important role in developing the next generation of film makers," says Mark Vonesh director of Reel Youth. "We have cross over in our organizational missions and, with one of the winning teams being made up of students at CAT, it made sense for us to explore the CAT Campus as a venue." 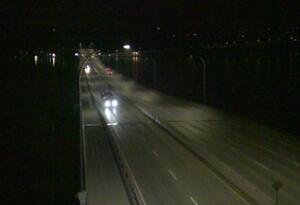