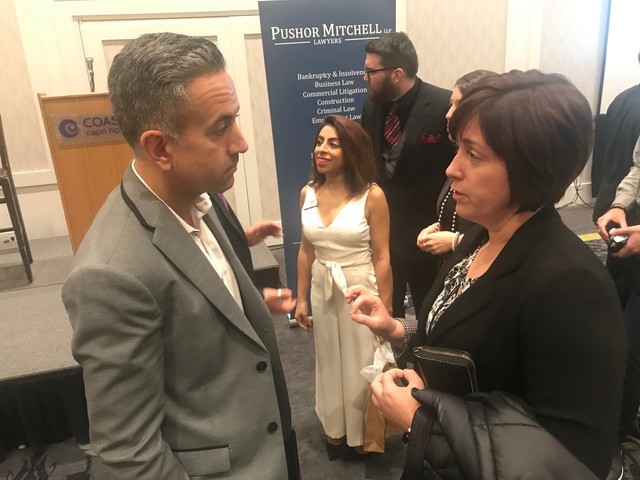 Normally, a politician will keep an answer vague when they are clearly saying no.

On a couple of occasions during the Junior Chamber International Kelowna luncheon on Tuesday, Mayor Colin Basran didn’t dance around the issue.

He simply said you’re out of luck.

The event gave Kelowna’s young professionals a chance to grill the mayor on the issues with which they are most concerned, and one such query revolved around transit.

UBC Okanagan student president Romil Jain told the mayor that students who choose affordable housing — instead of the more costly rental properties next to the university — are handcuffed by the fact that transit doesn’t serve many of those areas. Jain wanted to know how the city might close that gap.

“It’s tricky, but what I would say is we likely won’t be able to close that gap,” Basran said. “We’re going to have neighbourhoods (where) there is not the population density for us to be able to justify spending the money to run a partially full or even empty bus for a few students or a few people who are going to use it."