One party not to miss

High school students were invited to a party at Kelowna General Hospital on Tuesday.

"The scenario we used today was a drunk driver with one dead at the scene," said registered nurse and trauma specialist Bruce Mackay.

The students watched as emergency staff tended to a fictional trauma patient who eventually went into cardiac arrest and died.

"In my career, about half of the people that have come in from motor vehicle collisions – the reason they had the accident was related to alcohol, primarily, and more and more frequently, drugs," said Mackay.

The students also met with first responders to witness a simulated crash site.

Taken from a real drunk-driving related incident, the vehicle had hit a pole during a high impact accident, and first responders had to remove the passenger side door, to extract the driver.

"The police, ambulance and fire department are here, and we talk about what happens in case they (students) were in a car crash," said fire Insp. Rick Euper.

The first responders explained how victims are extricated from crashed vehicles, how paramedics keep them alive, and what consequences they might face from police.

"It shocked me. Some people think that they're invincible, which they aren't. So I'm happy my class got to see that," said Rutland Senior Secondary student Sierra Kakuno.

The PARTY program is used in more than 100 cities worldwide. For more information, visit: partyprogram.com 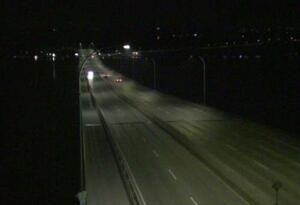