Indigenous leaders are demanding action be taken after a 2012 video shows a Kelowna RCMP officer interrogating a vulnerable teenage girl who had allegedly been sexually assaulted.

The incident unfolded back in March 2012, when the West Kelowna Indigenous teen, then 17, was under the care of the Ministry of Children and Family Development. She told her guardian she had been raped by a 20-year-old man.

After the police interview, she attempted suicide,  and she now lives with constant anxiety and complex post-traumatic stress. Now 24, she has filed a lawsuit against the MCFD and her former social worker.

“I wished someone had been on my side and that there was an adult watching over me,” she tells Castanet. “The hardest part watching the video was knowing what was coming at the end. And knowing that I am still waiting for answers.”

A video of the almost two-hour police interrogation at the RCMP detachment shows the teen was left alone with the male officer for extended periods of time. Her social worker Siobhan Stynes was never present.

On Wednesday, Grand Chief Stewart Phillip, president of the Union of BC Indian Chiefs says they vigorously condemn and strongly denounce the actions of the RCMP officer and MCFD social workers for further revictimizing the young woman in a time of a crisis.

“He clearly has no idea what rape is… at one point he says I was compliant because I laid down and in order for me to be raped it had to hurt,” the young woman says.

In the video, the male police officer asks the teen: “Were you at all turned on during this at all … even a little bit?”

The officer can be heard asking her: “OK, but how does that compare to things in the past, sexually?”

“I actually bled yesterday in my underwear,” she tells the police officer.

Earlier in the video, he asks the teen: “How much of a fight did you put up? You didn’t put up much of a fight…that’s one of my troubles I am having.”

The teen is visibly uncomfortable and crying during parts of the interview.

Later in the video, the police officer asks the teen: “You do understand that an investigation like this costs a lot of money and takes up a lot of time.”

The teen tells Castanet the interview made her feel revictimized and her social worker manipulated her into writing an apology letter to the perpetrator of the alleged assault and intimidated her further by saying she would be criminally charged if she didn’t apologize.

Documents obtained by Castanet describe how the Kelowna constable “liaised” with Ministry staff in regards to how the matter should be dealt with and was told they had concerns about the young woman’s ability to be truthful.

Ministry staff wanted to pursue criminal charges of public mischief against the teen claiming she was lying, but because of the Youth Criminal Justice Act, she could not be.

The shocking video caused outrage among Members of Parliament in Ottawa with many calling the video inappropriate, disgusting and shocking.

“Their actions are starkly indicative of the deeply embedded racist devaluations of Indigenous woman and girls that exist broadly in Canadian Society,” said Chief Phillip.

They are demanding the Liberal government and the RCMP take immediate action to address this particular incident and the shameful legacy of violence towards indigenous women and girls.

“We have been the target of extreme violence for too long, and we will not be silenced anymore,” says Wilson. “This vulnerable young woman was victimized when she was assaulted, and instead of honouring her story and seeking justice, she was further victimized by the system that was supposed to help her.”

In response to the 2012 video being released, RCMP told Castanet on May 16 that new training for police officers will be a priority.

“We do understand there is a greater discussion taking place around sexual assault investigations. The RCMP has been public in the past around the evolution of police investigational standards and training,” she said.

Shoihet said the RCMP is "not in a position to provide further context or perspective" as the case is subject to restrictions under the Youth Criminal Justice Act, an ongoing Criminal Code matter and civil litigation.

"We believe that the ongoing judicial processes may allow for a fulsome disclosure of all the 2012 investigative findings and actions for assessment.”

The National Inquiry into Missing and Murdered Indigenous Women and Girls will release its final report on June 3.

Judge Marion Buller, chief commissioner of the Inquiry, says this story was like many she had heard during inquiry hearings.

To view entire RCMP interview watch the video below: 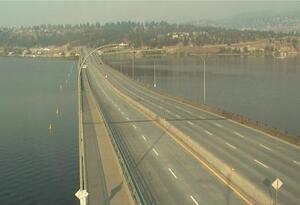