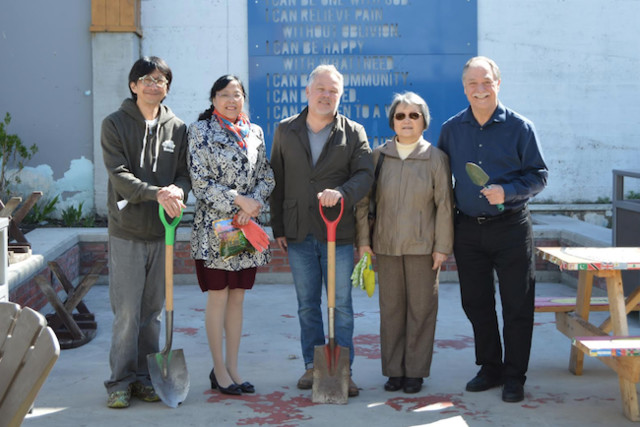 Things will be blooming at the Kelowna Gospel Mission, thanks to the Okanagan Chinese Canadian Association.

Over the weekend, executives of Kelowna's Gospel Mission and representatives of the OCCA planted seeds of the Arrowleaf Balsamroot, Kelowna's official flower, in the downtown property on Leon.

The planting officially kicks off a mural project sponsored by the City of Kelowna and Central Okanagan Foundation, led by OCCA, to commemorate the history and contribution of early Chinese settlers in the region.

“We love the visual representation of planting, nurturing, growing, and harvesting,” says Randy Benson, mission executive director. “Not only does it signify one of the important economic activities of our region and that of early Chinese farmers especially after the mining and railway building periods, but it also shares our similar values of planting hope within the hearts of those we serve through the Gospel of Jesus Christ.”

Charles Chau, a Hong Kong-born artist and resident of Kelowna, has been commissioned to work on the project.

“I was thrilled and honoured to be part of this. When I started on this project, I began researching on the history of early Chinese settlers in the Okanagan region and was thrilled by the many contributions they made,” said Chau.

The mural project borrows the visual form of traditional handscroll painting where stories are unfolded and to be read from right to left in sequential order. The mural will depict the stories of Okanagan Canadian Chinese from early 19th century to 1960s with the highlight of historical Chinatown which previously marked the area on Leon and Harvey between Water and Abbott.

“We are extremely grateful for the funding of City of Kelowna and the Central Okanagan Foundation to make this happen. We hope the mural project when completed will depict a visual history of early Chinese Canadians in Kelowna and the Okanagan region,” said Dr. Meng Hua of OCCA.

An official unveiling is planned for the end of June, when the painting will be completed. A documentary video on the project to be shot by videographer Franklin Lau will be presented and made available online. 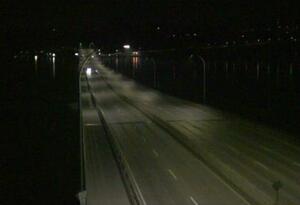