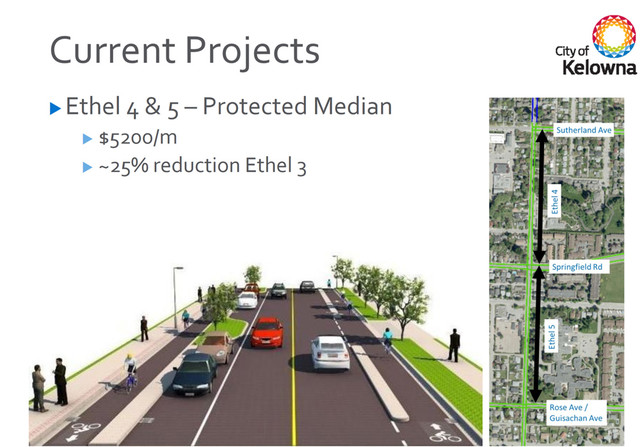 Well over half of Kelowna residents say they are interested in cycling, but have concerns.

These range from a lack of connectivity of the city's cycling network, separated bike lanes and the fear of traffic or motor vehicle collisions.

Williams says the city is trying to be as pragmatic as possible to achieve its vision and goal of providing a complete connected bike network.

He says staff are working towards providing active transportation corridors which are fully protected, all-ages and abilities corridors.

He says several upcoming projects will be able to achieve those.

These include the fourth and fifth phases of Ethel Street from Springfield to Rose avenues. Both phases will include bike paths separated from adjacent traffic by concrete medians.

A similar approach would be taken on the first phase of Sutherland Avenue from Ethel to Pandosy streets. The difference there is the bike lanes would be two-way on one side of the street.

"A connected network is the piece that will get people onto their bikes," said Coun. Gail Given.

"Just seeing the whole route starting to connect and the gaps being closed is very exciting." 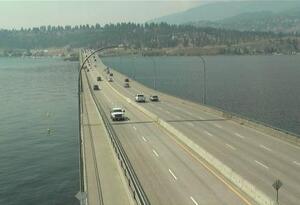