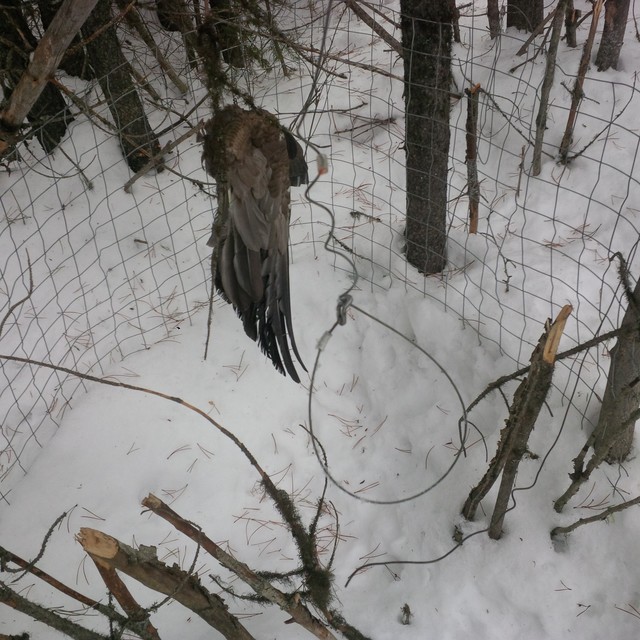 Photo: Dustin Pearson
A snare trap is baited with a dead bird near High Rim trail.

Conservation officers have investigated the incident on the Goudie Road area where a dog was caught in a neck snare.

Ken Owens with the Conservation Officer Service says the snare was legally set.

While the conservation service does encourage trappers to post signs when they are actively trapping along or near multi-use trails, there is no legal requirement to do so.

"The Conservation Officer Service is reminding the public that there are lawful trapping seasons in effect from October through April in all parts of British Columbia, both in rural and wilderness areas," they say in a news release.

"Letting your dog off-leash outdoors is risky. The kindest thing you can do for your dog is to keep it on a leash, within sight, and to remain on well-used paths and roadways. In most municipalities it is illegal to let your dog run off-leash."

A Kelowna man is warning pet owners to be careful near a popular recreation trail after his dog, Boss, was caught in a snare trap on Friday.

"I was snowshoeing on High Rim trail off Highway 33 near Goudie Road when my Rottweiler took off, then I heard him yelp. I ran over the top of a snowbank and found him with this cable around his neck," says Dustin Pearson.

"I got him free, and he didn't require any medical attention," Pearson added, but he's concerned about what might have happened to a smaller pet.

"It's clearly illegal, and the area is used by lots of families to go sledding and walk their pets. It is close, it's not like you're deep in the woods somewhere."

Pearson has tried to find the trapper who is baiting the traps with dead animals apparently to try attract wolves and coyotes. He has also attempted to reach the conservation service.

"I have a pretty big dog. I would hate to see what would happen to a small animal – they would suffocate or freeze, it would be a horrible death," said Pearson.

"I took down three traps, but I want people to be aware this is out there. A kennel club comes up here for nature hikes with people's daycare dogs. It could be a really bad situation if something isn't done." 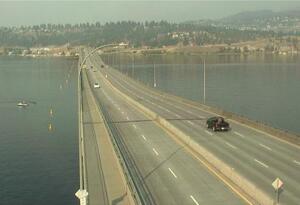