It may not be ancient history, but the past did come to life at UBC Okanagan this week when a 25-year-old time capsule was opened.

The capsule contained dozens of items that were tucked away 25 years ago by staff at the former Okanagan University College.

And during the opening celebrations, the capsule was sealed and placed in the campus library, where it sat undisturbed. The only instructions were not to open it until 2018.

Along with newspapers, ball caps, T-shirts, and a penny collection from 1993 back to 1963 (the year OUC began as BC Vocational School), the time capsule also contained a number of college recruiting videotapes and brochures, a Kelowna bus schedule, a calendar, key chains, mugs and two wrapped presents.

One present is for the 2018 board chair, and the second is for whomever the board chair will be in 2043 — when a new time capsule will be opened.

Hamilton laughed about the changes in technology, waving VHS tapes and a CD as they were revealed.

He noted the unique history post-secondary education has in the Okanagan and the collaboration between the college and UBCO.

“It’s a relationship we value deeply, one built on the sharing of knowledge, ideas and expertise,” he said. “When I think about the ever expanding number of students and alumni of both institutions, and what they will accomplish in the decades to come, the combined potential of their accomplishments is too vast to even consider." 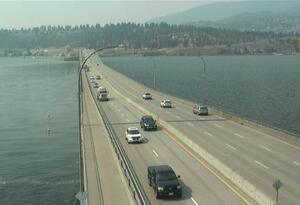