A proposed supportive housing project that would house more than 50 homeless people is causing neighbours to fear for their safety.

The vacant lot at 2025 Agassiz Road in Kelowna is now just a pile of dirt, but the community is concerned about their safety if a BC Housing development goes ahead.

More than 500 residents live in the area between Springfield Road and Harvey Avenue, tucked just west of Orchard Park Shopping Centre. Many of them are seniors.

According to Richard Taylor, strata president at InVue, about 85 per cent of the neighbourhood is seniors.

“Everyone recognizes there is a link between homelessness, substance abuse problems, crime, mental health,” said Taylor.

Many residents chose the area for the close proximity to services and transportation. Which, BC Housing says, is why it also chose the location.

“One of the key factors in making supportive housing a success is proximity to community services, accessibility to transit, connection to utilities and compatible land-use policies,” said spokesperson Tracy Wells. “This location is also large enough to accommodate this project.”

But longtime resident Dave Bradshaw says the new neighbours would be detrimental to the neighbourhood.

"It is a nice, close-knit, friendly community,” he said. “The main concern is that we want to stay here and we want to feel safe and secure.”

He says he's concerned for the safety of his wife and fellow senior women.

“It is very dark around here. With the bottle depot getting closer, we are getting more transients in here… it is a little scary,” he said.

Taylor said not one person he has spoken to is in support of the project.

BC Housing says they are committed to consulting with the local residents to address their concerns.

A total of seven supportive housing projects have been suggested for Kelowna and have tried to find areas where they would impact the fewest residents.

But, Taylor says the numbers don't add up.

“If you add up the number of residents impacted by those seven projects ... we have 50 per cent more than all of those combined in this neighbourhood,” he said.

There are 268 people who are homeless in Kelowna, according to a 2018 count by BC Housing. The Agassiz Road project would provide 52 new homes “with the necessary supports to help people experiencing homelessness in accessing safe, secure housing,” says Wells.

"All of us believe homelessness is a problem here, but there has to be a better solution than our backyard,” said Bradshaw. 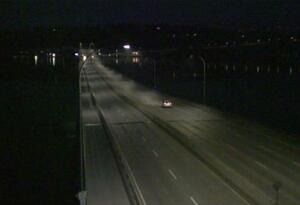