Bunny disease on its way

A Kelowna animal care society says it's only a matter of time before a deadly rabbit disease reaches the Okanagan.

The Responsible Animal Care Society is urging all rabbit owners, breeders and meat suppliers to vaccinate their animals as soon as possible.

A recent outbreak of rabbit hemorrhagic disease on Vancouver Island soon spread to the Lower Mainland, where 66 rabbits had to be euthanized at Richmond Animal Protections Services this week.

"With the deadly disease now in Richmond, we have been told that it is just a matter of time until the virus hits the Okanagan," spokesperson Cheryl Lazarus said in a press release.

"TRACS has been working closely with Dr. Irene Mul of Okanagan Veterinary Hospital and has ordered the vaccine for the disease from France. Due to several shipping delays, the vaccine will not reach Kelowna until Tuesday at the very earliest."

TRACS was responsible for the humane trapping of more than 800 rabbits off the streets of Kelowna in 2008. Close to 175 remain at two sanctuaries near the city.

Both sanctuaries are currently under quarantine, with extreme biosecurity measures in place.

Lazarus says the disease can spread easily and quickly. It can be carried on people's shoes or clothes and transported to new regions, as happened in Europe.

"We would like to educate everyone, even non animal owners, that they could easily be carrying and spreading the virus," she said. 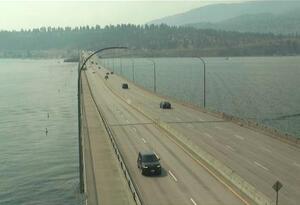