The new head of Kelowna’s home-grown airline says his company will have to more effectively engage millennials to succeed in the hyper-competitive discount airline market.

Jim Scott took over as the CEO of Flair Airlines earlier this month and says he hopes to steer the company further into the digital age.

“Our customer now is digital,” Scott told Okanagan Edge Jan. 23, pointing out that 70 per cent of Flair’s customers are millennials. “They want to know where’s our app, and am I going to get a text if my flight is delayed?”

Flair has lagged slightly in those areas, he says, but will need to step up its game in order to fend off the host of competitors angling to corner the country’s cheap flight market.

Based in Kelowna, Flair emerged as Canada’s third national airline last year, after it bought the discount flight seller NewLeaf.

Scott says he came to Flair because he saw a virtually “abandoned” discount flight market in Canada, and belives he can fill it.

For more on Scott's plans for the Kelowna company, including the "exciting" new destinations its planes will fly to this coming year, check out the full video story on Okanagan Edge. 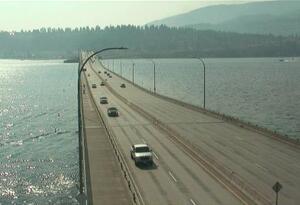