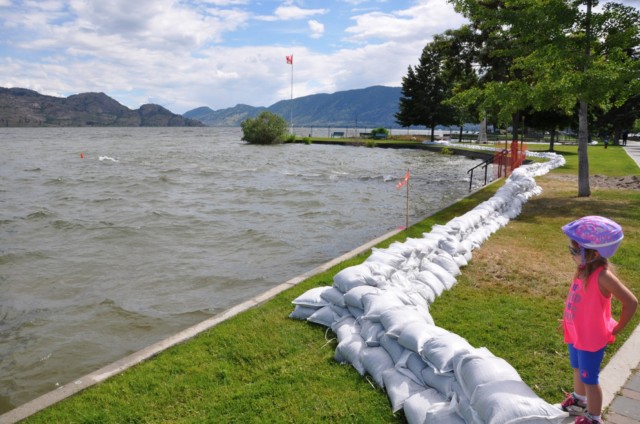 Photo: Gerry Faux
Most of the sandbags in parks and beaches on Okanagan lake have now been removed.

Since Okanagan Lake reached historic highs back in early June, the level of the lake has fallen dramatically.

It's fallen 61 centimetres since reaching a high water mark of 343.250 metres above sea level on June 6.

That's 16 centimetres above what is considered normal full pool levels of 342.48 metres above sea level.

Kalamalka Lake in Vernon is also falling at a steady rate. The lake level this morning was pegged at 391.927 metres above sea level. That's a drop of 3.6 centimetres since Tuesday.

As the lake level drops, flood mitigation continues to be removed from beaches, lakefront parks and private property along the lakeshore.

In West Kelowna, most parks, beaches and boat launches are now open, except for a handful along Jennens and Whitworth roads. The Gellatly Walkway also remains closed.

Most waterfront parks and beaches in other areas around the Central Okanagan have also opened to the public.

Boaters are being cautioned to watch for debris in the water as a result of the recent flood and to reduce speeds near shore lines to respect those flood barriers still in place. 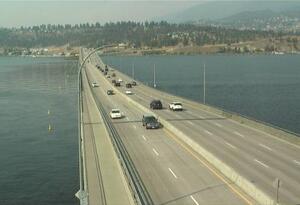