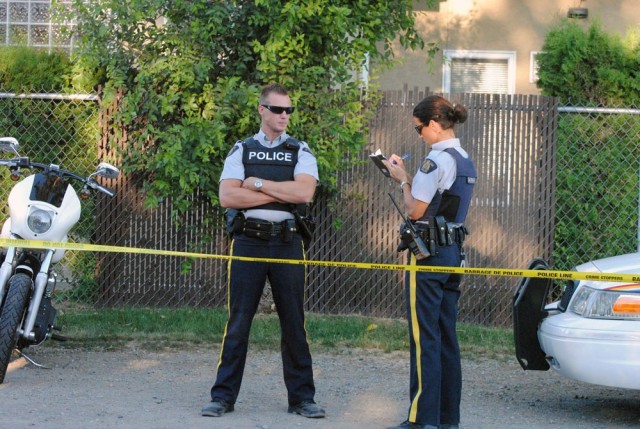 Photo: Wayne Moore - File photo
Police stand watch out front of the Kelowna Hells Angels clubhouse during a raid in August of 2012.

B.C. Supreme Court Justice Barry Davies sided with the B.C. director of civil forfeiture in his ruling released Friday to freeze the Hells Angels assets in Vancouver and Kelowna until the end of the trial, scheduled to start in May 2017.

The 2017 trial will represent the final stage of a nine-year civil forfeiture battle between the Hells Angels and the B.C. government.

The director alleges that three clubhouses, the Nanaimo Clubhouse, the East End Clubhouse and the Kelowna Clubhouse are likely to be used by the Hells Angels Motorcycle Club as “instruments of unlawful activity.”

In Justice Davies' ruling, he states that Hells Angels may sell both properties, but that any net proceeds from the sale would have to be held for the court “to stand in place of the property.”

This decision rejects an attempt from defence lawyers to allow their clients to sell the clubhouses and keep the profits for themselves to do with as they wish.

Davies argued that any order otherwise could jeopardize the upcoming trial.

While still owning the property, the HA group must maintain the condition of both the East End and Kelowna clubhouse and keep the property taxes, mortgages and other bills paid in full.

Davies notes that they can continue to use both clubhouses.

“Subject to this order, the defendants Hans Federick Kurth and Richard Christain Goldammer shall continue to enjoy their ordinary rights to use and possession of the Kelowna Clubhouse property pending disposition of this action.”

The ruling also states that several Hells Angels members involved in the case must now turn over some records about the gang, including “minutes of international, national and regional meetings,” and “any presently operative structural charts of the (Hells Angels Motorcycle Club) in Canada and in respect of the East End and Kelowna chapters.”

“To the extent that such documentation exists, it may assist in proving or disproving the allegation that the clubhouses serve as bases of operation for the unlawful purposes pleaded by the director,” Davies notes in his ruling. 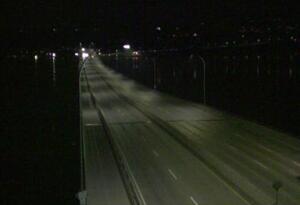