Don't panic, there is gas 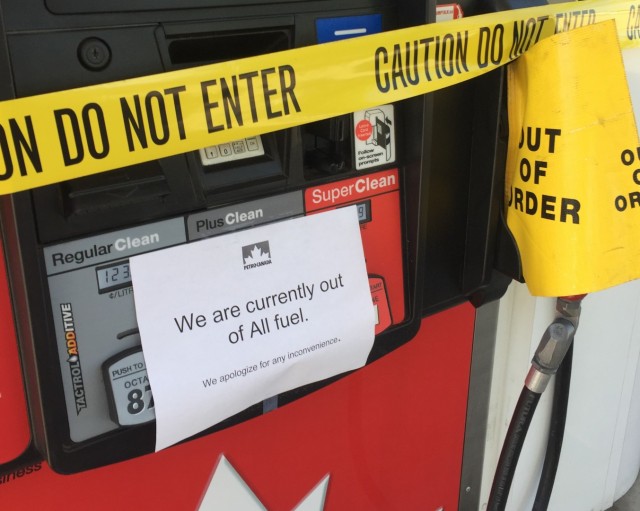 There is no need to panic, we are not running out of fuel.

“It is really important that people understand that is not an issue to panic over. There is no reason to go out and hoard or buy more than you need. This will settle in the days to come,” says Gasbuddy.com petroleum analyst Dan McTeague.

“We always have to be mindful of the old expression by FDR (Franklin Delano Roosevelt), the only thing we have to fear is fear itself. There is absolutely no cause for panic.”

McTeague is referring to the recent fuel shortage that is forcing stations across Western Canada to close their pumps due to a refinery outage in Edmonton and the Fort McMurray wildfires.

It's estimated 100 stations are dry in Western Canada, including many in Kelowna, Kamloops, Merritt, Vernon and Penticton.

He says while more stations have run out of fuel, there is still gas for those who need it and a number of ways to ensure it continues to makes its way to the Okanagan.

McTeague is not surprised to hear that non Petro-Can stations are beginning to run out of fuel in the Okanagan, with reports that fuel is out at some Shell stations as well.

“They do share product. There is an exchange and trade of product between them, so when one has a problem it brings the other ones with them as well,” says McTeague.

“Bad news for one refinery is also bad news for other stations who may very well be supplied by their competitor, or has to handle the demand of those stations that have closed. It may be a couple of weeks before everything is resolved."

McTeague does not believe overreaction or panic by the public is behind the additional stations out in the Okanagan.

“I just think there is a shortage in the system,” says McTeague. “There is no doubt that there is a serious supply shortage and that won't be solved until things are fixed or mended in Edmonton.

Suncor Energy Inc. says it expects its oilsands operations in Fort McMurray, Alta., to be back at full production by the end of this month.

“We have taken a number of actions to improve the situation for customers as much as possible,” says Seetal.

“On the refinery-supply front, we have been securing additional supply and we are also restarting our oilsands operations in a safe and staged manner.”

Seetal says Suncor has been bringing in gasoline as fast as it can from its own network and third parties by truck and rail.

She says it plans to have its Edmonton refinery back in operation by the end of this week.

“We have done the necessary repairs and we are expecting to bring that unit back into service by the end of the week. At that time we will be able to begin replenishing product to sites that have run out of product and we will be looking to do that as quickly as possible.”

“Supply disruptions can and do happen from time to time,” says Seetal. “We have a team dedicated to this situation and they are looking at all options to manage our supply.”

As for the stations that remain open and operating, drivers are noticing a spike on the price at the pump.

McTeague stands by his statement last week that a lot of what happens in our markets in Western Canada is controlled by the Chicago market.

“What happens in Chicago matters to all of Western Canada and it is not something we have a lot of control over and it is a matter that dogs us all,” says McTeague.

“The price we pay, which is a global price based out of Chicago, has been increasing due to problems down there. Right now there isn't a lot of extra supply in the upper-US midwest. I am looking a potential increases in the market that actually have nothing to do with what is happening in Canada.”

While many like to believe there is some conspiracy behind the oil business and the actual price we pay at the pump, McTeague says that is just not the case.

“It is outlandish to suggest that is the case,” says McTeague.

“Refineries, especially given what has happened with the wildfires in Fort McMurray, have been deprived of much-needed crude, which didn't help.” 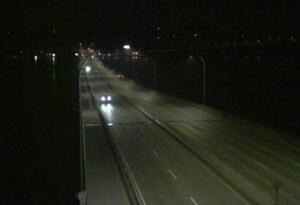