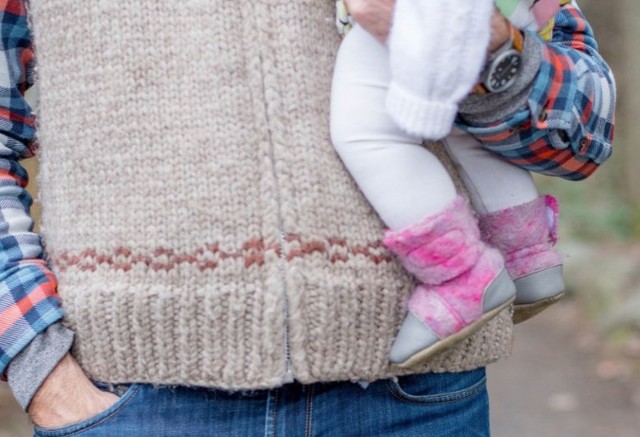 Louis-Philippe Lavoie and his wife Ruthy Penner are on the road to Toronto after their homemade business caught the eye of the Dragons.

The duo auditioned for the CBC show Dragons’ Den back in March and didn’t hear back right away, so thought they were out of luck.

“Out of the blue, we got a call saying, ‘We want you to come down and film – we have you in for May 15.’ So we have two weeks to prepare,” said Louis-Philippe.

Their business spawned out of a trip to the thrift store three-years-ago to buy shoes for their new baby. It was there they uncovered a pile of cashmere sweaters that would ignite Ruthy’s passion.

“She was previously a seamstress on the Island, and she thought she could repurpose the material,” Louis-Philippe explained.

The sweaters were turned into soft-soled booties for children, the item that really kick-started the business.

Nooks, named after their oldest daughter Anouk, are shoes and clothing for children made out of upcycled material.

“We try to use as much as possible of old materials, so we will make pants out of men’s dress shirts, and booties out sweaters and blankets,” he said. “We hand-pick all of our material, we look for 100 per cent wool material, as we really try to focus on the natural fibres,” he said.

Then the material is felted at their home in the laundry machines.

Louis-Philippe said there are nine seamstresses that work exclusively for Nooks, which he believes keeps the product consistent.

They started selling their product at the Kelowna’s farmer’s market before gaining momentum on Etsy, and Nooks are now found in 28 stores across Canada.

But they want help from the Dragons.

“We are getting to the point now where we are limited to sourcing the materials because we can only hand pick sweaters to a certain point. Sometimes there is a lack or the wool isn’t good quality.”

Louis-Philippe says they are looking for a Dragon who can help them locate material and distribute the product.

“We can still make the product sustainably here in Kelowna and still appeal to larger retailers across North America,” he said.

So until Nooks makes it out of the Den, both Louis-Philippe and Ruthy have their full-time jobs and kids to keep them on their toes. 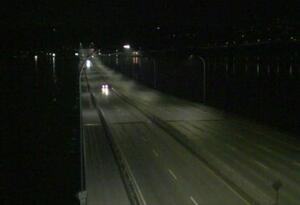