The 30-year-old man who was taken to hospital following an altercation outside of the Cactus Club on Wednesday, has died.

Police are not releasing the victim's name at this time.

A 30-year-old Ontario man is still in serious condition after an altercation outside the Cactus Club on Highway 97.

A witness, Damjan Madjar, said he heard there was a fight outside the restaurant, but it seemed as if no one had seen it.

“I think he got punched and fell on the ground and wasn’t breathing, I didn’t see any blood. He was white, it was freaky," Madjar said.

Kelowna RCMP clarified Friday they do not have two suspects who are co-operating with police, despite reports from some media outlets.

Police are still investigating the incident and are seeking people who witnessed the altercation.

“Investigators believe that there are additional witnesses who were at the Cactus Club restaurant at the time of the incident, and who have not yet come forward to police,” said Const. Jesse O’Donaghey in a statement.

Police are asking anyone with information about the incident to contact the RCMP at 250-470-6236. 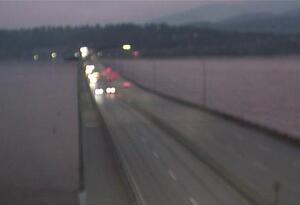