A Chinese development company is ready to resurrect a stalled downtown condo project.

Jingon Development Corporation purchased the former Lucaya site on Sunset Drive in 2012. Now, they are set to resume construction.

Lucaya Redux Corp. an Alberta based company, had planned to construct a 21 storey, 86 unit condo tower on the site.

In late spring of 2008 the company was granted a development permit for the site and poured concrete for the foundation, parking garage and the first floor before construction ground to a halt in October of that year.

The company had apparently sunk $17 million into the project before walking away when the economy turned.

Since then the site has sat vacant. Police and fire crews were called to the site on numerous occasions.

Now, Jingon Development is ready to resurrect the project.

Smith says the development permit issued more than six years ago is still valid but only if significant changes are not made.

He says it has to substantially comply with what the original development permit was.

The developers are apparently working with the original architect and have been in contact with Smith's office.

He says they are trying to determine the implications of making certain changes.

"(They're talking about) Making more small units. That alters the parking requirements for the building so they may need to provide more parking," says Smith.

"If they couldn't provide enough parking on the site it would put them in a situation where they might actually need to go through a public process for a development variance permit."

Don Warkentin with Fortune Marketing, the company hired to market the new building confirmed there will be many more suites than originally planned for.

However, he says the city has okayed the changes providing parking can be found.

Warkentin says that is currently being worked on.

Warkentin says they will be going from 86 suites to 155 with smaller one bedroom, one bedroom with den and two bedroom suites.

"These will not be ultra high end. They're not going after the same market as the previous owner," says Warkentin.

"They will be very nice and priced right."

Warkentin expects to begin pre sales in April with construction to start in May. 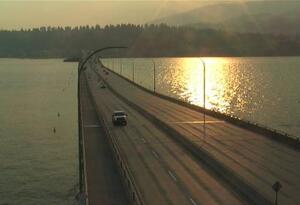