Hells Angel gets 5 years in prison 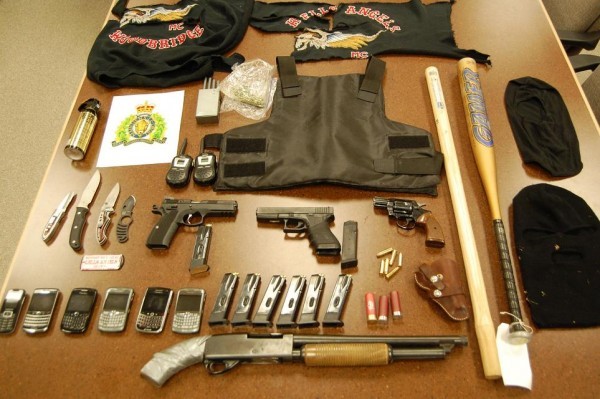 An acknowledged member of the Hells Angels has been sentenced to five years in prison after a vehicle he was riding in was found to contain an arsenal of weapons.

Joseph Bruce Skreptak and Cory Montemurro were each found guilty of nearly a dozen weapons offences after their vehicle was pulled over near Salmon Arm in 2010.

And after numerous delays and additional court applications, the pair were finally sentenced Tuesday in Kelowna. 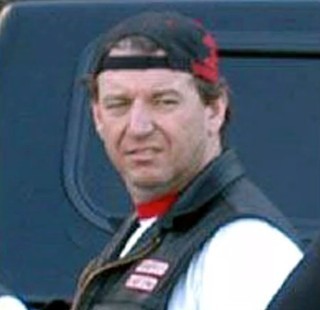 Both men sat together in the prisoner’s box while Justice Allan Betton explained his decision. They regularly put their heads together to whisper throughout the proceeding and both searched out their loved ones and supporters to acknowledge them before being escorted away – Skreptak gave a “thumbs up” sign prior to disappearing from the court room.

With individual credit for time served, both men will spend time in a federal prison. Skreptak will serve 4 years and 10 months, while Montemurro will be incarcerated for slightly less time – four years and one month. And each man will be prohibited from owning firearms for life.

They were pulled over on Nov. 25, with two other men in an SUV rented by Montemurro that same day from the Kelowna Airport. An RCMP officer had noted the smell of marijuana during a routine traffic stop that evening, and felt there were grounds for a search.

Upon a closer look inside the vehicle, he found several firearms including a sawed-off shotgun, body armour, knives, a bat, bear spray, walkie-talkies and a cellphone jammer. All four men were taken into custody, and that’s when an officer also found a small amount of marijuana in Skreptak’s pocket, as well as nine rounds of ammunition concealed in a sock.

Despite reference letters outlining the positive characteristics of both men, in addition to arguments that neither men had ownership over the weapons found, Justice Betton was not swayed.

At one point during the trial, Skreptak even took the stand in his own defence to tell the court the men had actually been in the area looking at property, and he had no idea any of the weapons were inside the vehicle.

The Crown had been seeking a seven-year sentence for both men, while defence counsels had asked for roughly half that amount. 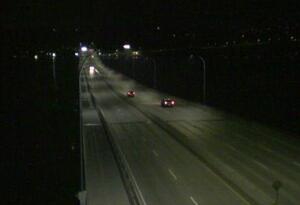