A Kelowna family is mourning the loss of their beloved home today after it was destroyed by fire, Sunday afternoon.

Their once stunning home on Twin Creek Place in Ellison is now a pile of ash and debris.

Homeowners, Gary Fong and Melissa Carl along with their 3-year-old twins Wesley and Willow were in L.A. on vacation when the calls started coming in.

“It is nice that we are in California because we don't want to be there and see that. The last memory we have is that everything is where it was, and we walked out and you know it was our home,” says Fong on the phone from California. “It was very traumatic for the person that works for us, because she is there everyday and she was just bawling her eyes out, so it is just better that we are not there.”

The family is grieving, but Fong says they mostly see the bright side of the situation.

“In so many ways I see the positive part of it. From what I heard from the person that was there, the roof was on fire – I mean completely engulfed in flames within minutes – and then the top floor was gone in no time, so when I think about that, I think it's just a good thing we were out of there.”

A construction crew was on scene doing some repair work to the roof when the fire began. But Fong says the fire was a terrible accident.

“It really wasn't anyone's fault, it was an accident,” says Fong. “It was really a stunning thing to see it on the front page on Castanet, I knew it really wasn't a drill then, people were calling because they could see it and they knew it was our home.”

The house, called the Kelowna Ranch Twin Creek, has had a few owners before the Fongs. Since they took over, it has stayed memorable, playing host to many charity events, weddings and even the Canadian Tourist Commission's 'Welcome to BC Event'.

“It was just amazing, we had so many messages of support from around the world and of course they felt bad for us, but they were also attached to the ranch,” says Fong. “We've had a number of weddings there, our friends have had weddings there, our wedding was there, you know, when we brought the kids home from the hospital we walked through those doors, so there are definitely a lot of memories there.”

Both parents are avid professional photographers and Melissa Carl lost a lot of her treasured work in the fire, but Fong says they fortunately have many digital versions to keep the memories alive.

“I think the thing that makes it not hurt so much is that we had so many videos done during our time there. So we won't have to wonder what was life before, what did it look like. I just became a little weird about wanting to record everything on video and I am glad I did, because the ranch will always be pretty accessible that way.”

The family's original plan was to stay a month in California, but that plan may now be extended, as they have no home to return to.

Everyone on the property did get out safely and fortunately no one was injured. The horses, usually housed at the ranch, were also far away from danger as they were boarded at a different location for the winter.

“I am just feeling really thankful that we were not in that house, given the fact it went up so fast. I have a lot of doubt we wouldn't have gotten out in time and that thought terrifies me,” adds Fong.

As for the fire itself, fighting it seemed nearly futile given how quickly it went up in flames and the fact crews couldn't get to the home.

The steep, icy road prevented Ellison Fire trucks from getting up the hill and backup was required from Kelowna Airport and Lake Country Fire crews.

However, it turns out the fire department never should have attended the blaze, as the home itself was outside fire protection boundaries.

“We determined yesterday afternoon (Sunday) after the fire was complete and all the emergency vehicles had returned that the property was actually not within the Ellison Fire District,” explains Bruce Smith with the Regional District of Central Okanagan. “If they had known prior they would not have responded, they would have stood down.”

The fire department is no longer involved and will not be determining a cause through their investigation, Smith says. The exact cause will now be looked at by the property owner and the insurance company.

Fong says they are covered by insurance and plan to rebuild their dream home on their dream property once again.

“You know my kids are three and when it happened we were in the car and mommy was crying and I turned around and showed them the picture of the fire and I explained to them, the best I could, that the house was on fire,” explains Fong. “And the next thing was so cute. They had both been playing with pennies and they each handed us one penny and said, “here's some money to build a new one.” I mean it was just so freaking cute. We took those pennies and we are going to frame them and put them somewhere as the first contribution to the new house.”

Check out the video above for before and after photos of the devastating fire. 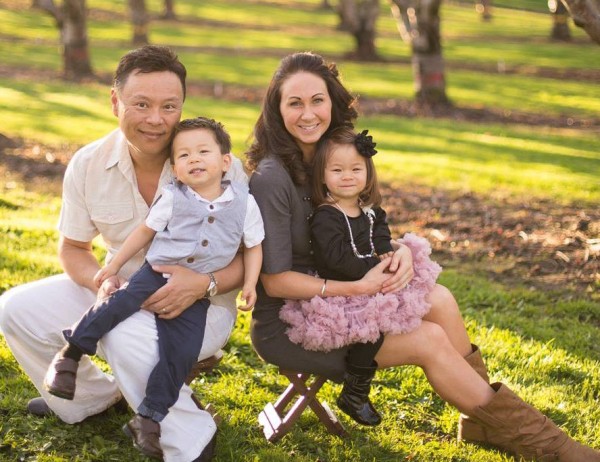 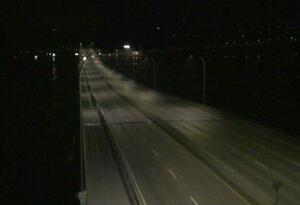