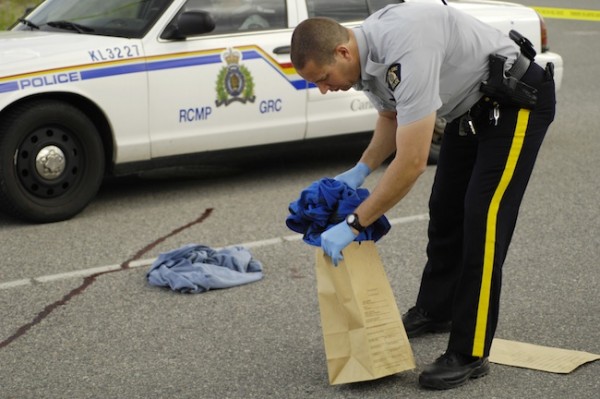 Photo: Castanet Staff
File photo from June 2011 - Police pick up evidence at the scene of the crime in Kelowna.

Two members of the Hells Angels have been sentenced to 15 years in prison after earlier pleading guilty to manslaughter for their role in the June, 2011 death of Dain Phillips in Rutland.

The two men will serve about 12 1/2 years after receiving credit for 2 1/2 years of time already served awaiting trial.

The sentences were handed out as the trial of four other men, also charged with manslaughter in the death of Phillips, gets underway in Vancouver.

"Investigations such as this are both challenging and time-consuming and I would like to acknowledge the diligence of our investigative team and our partners at CFSEU-BC (Combined Forces Special Enforcement Unit)," says Kelowna RCMP Supt., Nick Romanchuk.

"Although the matter remains before the courts I hope these guilty pleas will serve to bring some measure of closure to those who cared for Dain Phillips."

Chief Supt. Dan Melo, Officer in Charge of the Combined Forces Special Enforcement Unit, says Wednesday's convictions are a testament to the 'hard work' of dedicated officers working together which resulted in two full-patch Hells Angels members being convicted and sentenced for manslaughter.

The incident resulted from a dispute between Phillips two sons and two other brothers.

The trial of Robert Cocks, Daniel McRae, Matthew McRae and Anson Schell began earlier this week. All four are also charged with manslaughter.

It's the first time HA members in BC have been convicted and sentenced of manslaughter in BC.

"Previous investigations and convictions have made it clear that members of the Hells Angels are involved in drugs, weapons and violence-related offences," says Melo.

"Through a coordinated and unified effort, UFSEU-BC and its partner agencies will continue to disrupt organized crime groups like the Hells Angels and eliminate their continued threat to public safety."

The trial for the other four men is expected to last at least a couple of weeks. 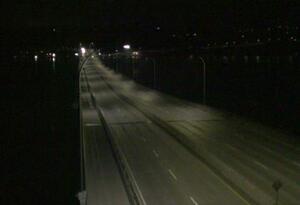