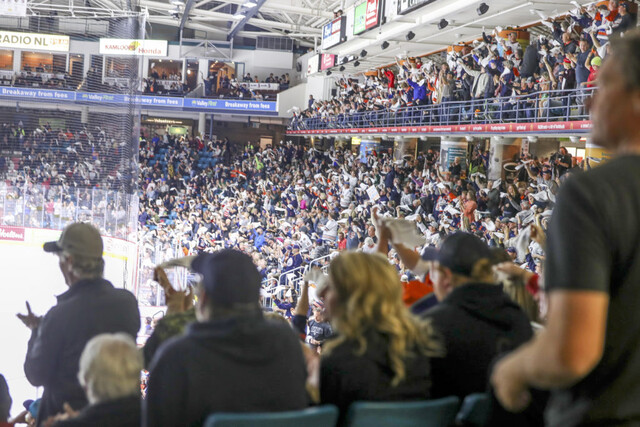 Tickets for next spring’s Memorial Cup will go on sale later this week.

Organizers for the event also released the full tournament schedule, which will see the host Kamloops Blazers open play on Friday, May 26, taking on the QMJHL champions at Sandman Centre. The Blazers will then take on the OHL champion on Sunday, May 28, and the WHL representative on Wednesday, May 31.

The championship final will be played on Sunday, June 4.

Full event ticket packages — which includes each of the eight games and an if-necessary tie breaker — are priced at $600 plus fees and taxes.

“Our goal is to give all the teams the opportunity to play before a packed arena each night,” Blazers President Norm Daley said in a news release.

“We want you to feel the excitement throughout the stands and streets of Kamloops.”

The Memorial Cup is awarded each year to the top team in the CHL. The tournament features the champions of North America’s three major-junior hockey leagues, as well as a host team. The Blazers have won three times — in 1992, 1993 and 1995.

The Blazers are hosting the Memorial Cup for the first time since 1995.

Tickets will go on sale Thursday online at ticketmaster.ca. Those who purchase tickets prior to Dec. 15 will receive a commemorative souvenir ticket package.