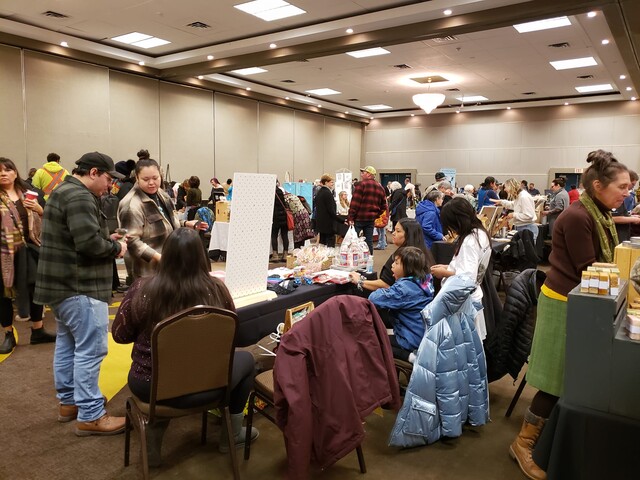 The market was held on Nov. 13 at the Coast Kamloops Hotel and Conference Centre.

According to market organizers, over 85 vendors were at the market, which drew 1,800 attendees.

“Kukwstsetsemc to all of our amazing vendors and attendees,” organizers said in a social media post.

The K’wese’ltken Farmer’s and Artisan Market was created in 2020 by the Community Futures Development Corporation of Central Interior First Nations.

The market features both Indigenous and non-Indigenous vendors, and runs from June through September at the Tk’emlups te Secwepemc powwow arbour.