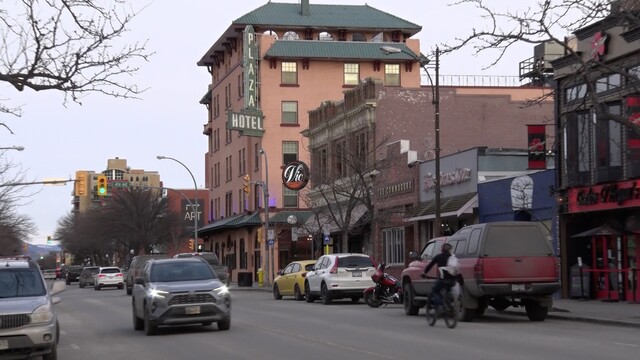 The owners of downtown Kamloops shops Far and Wide and the Botanical Scene have planned a series of late shopping nights in hopes of bolstering support for local businesses.

In a news release, Brianne McDaniel — who co-owns the two retail shops along with Calli Duncan — said several downtown shops will be open from 5 p.m. until 8 p.m. on Thursday, Nov. 24 and Thursday, Dec. 1, providing more hours for late night shoppers.

McDaniel noted the “groundswell of support” for shopping local at the beginning of the pandemic. She said the two owners wanted to bring downtown businesses together to keep this momentum going.

“This is about supporting a vibrant downtown and encouraging people to shop locally whenever possible,” McDaniel said in a statement.

“While we can’t always match the Black Friday deals of a big box outlet, we can compete with our high levels of customer service, unique offerings and genuine support of the community.”

McDaniel said they were inspired by Mario at Fratelli Foods and his work to organize the first annual Downtown Fall Festival in the 200-block of Victoria Street, held in support of the Kamloops Hospice.

McDaniel said there will be a wide variety of businesses participating in the event — from Lys’s Thrift and Vintage to Amplified Cafe.

The two business owners hope “any and all” downtown shops will join them on Nov. 24 and Dec. 1 by staying open late, and offering promotions and giveaways to help sweeten the deal and encourage residents to support local.