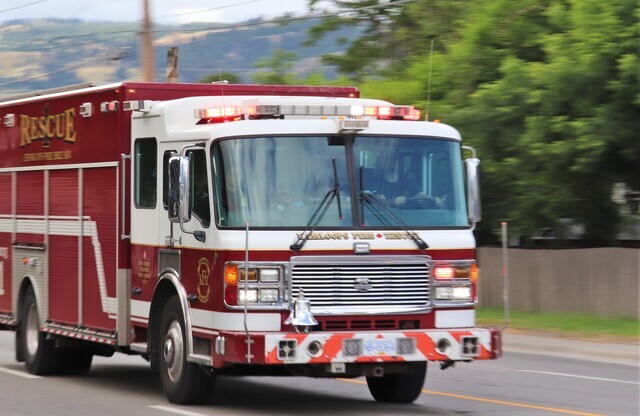 The City of Kamloops says about 100 homes have been evacuated after a natural gas main was damaged in Valleyview.

The city posted on social media advising residents about the natural gas leak at about 11:30 a.m. on Thursday.

According to FortisBC, the incident happened at the corner of Crescent Drive and Highland Road.

In an update posted to social media on Thursday afternoon, the City of Kamloops said evacuated residents need to follow the direction of emergency personnel in the area.

“KFR [Kamloops Fire Rescue] is reminding evacuated residents (approx. 100 homes) to follow the direction of emergency personnel on scene and to not return to their homes until they’ve been instructed by FortisBC to do so. Community Services Officers are on site to assist,” the city said.

In an email to Castanet Kamloops, a FortisBC spokesperson said crews are on scene working to repair "third-party damage" to a natural gas main.

According to FortisBC, there is currently no estimated time when repairs will be complete.

“Once we complete repairs and reactivate the impacted portion of the system, our crews will restore service by visiting each affected home to turn natural gas back on at the meter and relight all affected appliances,” the spokesperson said.

FortisBC said the majority of damages to the natural gas system are preventable, and encouraged the public to contact BC 1 Call before digging to get information on the location of buried gas lines and other utilities.

Kamloops Fire Rescue and FortisBC crews are responding to a “natural gas event” in Valleyview, according to the City of Kamloops.

In a social media post published on Thursday at about 11:30 a.m., the City of Kamloops said crews are monitoring conditions until repairs are completed.

The exact location of the incident is unconfirmed in the post. Castanet Kamloops has reached out to Kamloops Fire Rescue and the City of Kamloops for more information.

The city warned residents in Valleyview may notice the smell of rotten eggs.

“If you have concerns, have a strong smell of natural gas in your home, or feel ill, call 911,” the post said.

This story will be updated if more information is known.