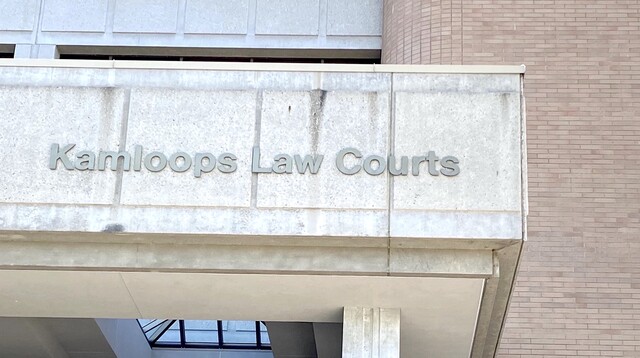 A Kamloops man who installed sophisticated hidden cameras inside two bathrooms at his workplace has been ordered to spend a year in prison.

Greg Hibbert, 37, pleaded guilty to charges of voyeurism and possession of child pornography. He was sentenced on Thursday in Kamloops provincial court.

Court heard Hibbert was employed at a downtown Kamloops business in 2014, when he was tasked with completing renovations on two workplace bathrooms. The business cannot be named under a court-ordered publication ban put in place to protect the identity of Hibbert’s former co-workers.

In August 2016, Hibbert’s co-workers discovered hidden cameras in both bathrooms while preparing to move to a new office.

Around the same time, police in Ontario investigating an offence in that province located a folder on Hibbert’s computer labelled with the name of the Kamloops business. Inside the folder, investigators found video clips of people using the toilet with their genitals exposed — footage captured by the hidden cameras Hibbert installed.

Hibbert was charged in Ontario and pleaded guilty in 2017 to two counts of voyeurism and one count each of making child pornography and possessing child pornography. In that case, he befriended a single mother, then hid a camera inside a clock radio and placed it in a bathroom to record the woman's young daughter naked. He also filmed another young girl at a Toronto-area spray park.

Hibbert was sentenced to three years in federal prison for the Ontario offences.

He was also charged around the same time with a similar offence in the U.S. Court heard Hibbert visited a family in Memphis, Tenn., in the summer of 2016. When Ontario police seized his electronic devices, they found videos of a young girl apparently filmed during the Memphis visit.

Hibbert was charged with three child pornography offences in Tennessee and fought his extradition. He did so successfully, arguing that his Charter rights were breached when police in Canada handed the video clips to American law enforcement officials. The Tennessee charges remain outstanding.

Hibbert, who had been free on bail, hoped to avoid jail on Thursday. His lawyer pitched a sentence that would have seen no new prison time.

But Kamloops provincial court Judge Lorianna Bennett sided with Crown prosecutor Alex Janse, sentencing Hibbert to a year in jail and a further 12 months of probation, with terms prohibiting him from visiting parks and playgrounds, being alone with anyone younger than 16 and using any device capable of capturing photos or video.

While on probation, he will also be prohibited from accessing pornography and deleting his internet browsing history.

Hibbert was also ordered to register as a sex offender for 20 years.