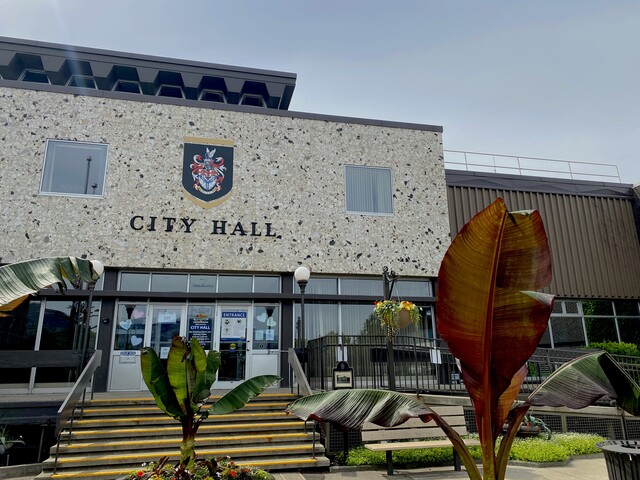 The Union of B.C. Municipalities recognized the City of Kamloops for work on its Community Climate Action Plan, as city staff report 63 per cent of the plan’s short term actions are already underway.

The Community Climate Action Plan was adopted by city council in June 2021 and a funding strategy — which will see taxation increase by 0.35 per cent annually to implement the plan's actions — was approved earlier this spring.

At the UBCM’s annual convention held last week, the City of Kamloops was given the Excellence in Sustainability award and also received an honourable mention for its work to fund the climate action plan.

In a council meeting on Tuesday, Mayor Ken Christian passed on congratulations to staff for their efforts.

“It’s the team you have there that really need to be recognized for excellence in best practice, as we were at UBCM. Quite an honour, and I think an innovation that other municipalities will pick up on,” Christian said.

Christian commended Kathy Humphrey, the city’s corporate services director, for her work that resulted in the second award, given in recognition of the climate action fund.

“It's all well and good to have the plan, but unless you have a way to fund the plan, not much is going to get done. So the climate action levy was again recognized as best practice. And I commend Director Humphrey for leading the way with the asset management approach that we used,” Christian said.

Howitt said staff have identified that about two-thirds of the short term actions have already been initiated.

“For several of the remaining actions that are that are to be initiated, background research and scoping exercises are taking place,” Howitt said.

Howitt said some key short-term actions that have already started include the adoption of a zoning bylaw which supports a more compact community, the start of construction on key active transportation routes, and completing over 100 FireSmart assessments on residences.

According to the city, over 50 homes have been built to a higher BC Energy Step Code level since 2020, which means they are 20 per cent more energy efficient than houses built to base code.

The city will have just over $1 million in its climate action levy reserve as of Dec. 31, 2022, including money gained through taxation and government grants.

Howitt said staff will continue to work to implement the plan, including further measures to increase the city’s adaptation and climate resilience, as Kamloops continues to feel the impacts of climate change.

“The sense of urgency that was felt on the 47.3 C day that the CCAP was unanimously adopted has not abated as Kamloopsians have experienced multiple extreme weather events since,” Howitt told council.

“Attribution studies of wildfires, atmospheric rivers and heat waves in B.C. show that human induced climate change made these events more likely. This reinforces the pressing need to continue our strong solid implementation and target those actions that have not yet been initiated.”