Watchdog says no charges, but refers Mounties for review after arrest leads to brain damage

Mountie will not be charged 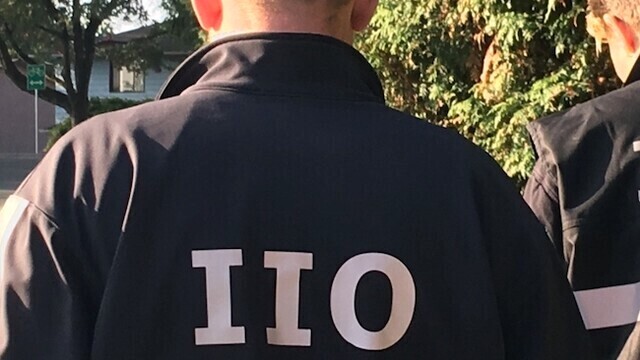 B.C.’s police watchdog will not recommend criminal charges against a Mountie after an altercation last year on a Sahali street left a Kamloops man with permanent brain damage.

But the Independent Investigations Office (IIO) will refer the officers involved in the incident to the RCMP’s professional standards department for a review after a number of them “seemed unwilling to acknowledge the obvious discrepancies” in the statements they provided to investigators.

Mounties were called to a report of a disturbance along Columbia Street near Pemberton Terrace at about 11 p.m. on Feb. 5, 2021. Callers reported a man had thrown a rock at a vehicle and a snowball at an ambulance.

Officers responding to the call were told the man was experiencing a psychotic episode and had gone days without sleep. He was reported to be walking the streets yelling about “Satan.”

The interaction between police and the unnamed man was captured on police dash-cam video, which IIO investigators leaned on heavily during their probe.

According to the agency’s written decision, which was made public on Tuesday, the recording shows Mounties approach the man and shout for him to get on the ground. Instead, the man takes several steps in the direction of an officer.

As he does so, another Mountie deploys a Taser. The video then shows the man walking backward, away from the officer. Another Mountie then deploys a second conducted-energy weapon (CEW), striking the man and causing him to “go rigid” and fall backwards, according to the document, striking his head on the roadway.

An officer can then be seen approaching the man with a canister of pepper spray, deploying it in his face as he is lying on the ground gasping for air.

Paramedics arrived to find the man lying on the roadway in handcuffs, with his legs being restrained by a Mountie. The man was in cardiac arrest, was not breathing and had no pulse.

According to the IIO decision, police removed the handcuffs at the urging of paramedics. After 30 minutes of CPR, the man was taken to hospital and diagnosed with renal failure and an anoxic brain injury secondary to a prolonged cardiac arrest.

“He now has permanent brain damage, which causes tremors in both hands,” IIO Chief Civilian Director Ronald J. MacDonald wrote in the decision.

According to MacDonald, the Mountie was justified in using the Taser. He said the man presented serious risks to officer and public safety.

“They could not simply permit him to walk away, and going ‘hands on’ in the circumstances involved a degree of risk to the officers,” he said.

“The injuries to [the man] in this case, while extremely unfortunate, were not injuries that [the Mountie] could reasonably have foreseen when he activated his CEW. Whether or not [the man’s] apprehension was handled in the best possible way, it cannot be said that [the officer’s] use of force was excessive or unreasonable in the totality of the circumstances.”

The decision includes accounts from a handful of Mounties present for the incident, nearly all of whom inaccurately described the man as “lunging” or “charging” toward an officer when the second Taser was deployed — evidence refuted by the video footage, which shows he was in fact backing up.

“These inaccuracies are concerning, particularly because they all tend in one direction — that is, to augment the justifications available to [the officer] for his use of the CEW against [the man],” MacDonald wrote in the decision.

“It is also worth noting that, when reinterviewed, officers generally seemed unwilling to acknowledge the obvious discrepancies and to revise their accounts.”

MacDonald said the inaccuracies do not rise to the level of a criminal obstruction offence, but are concerning enough to refer the officers for an RCMP professional standards review.