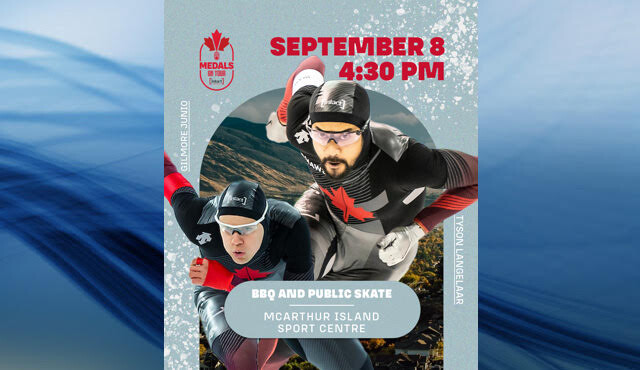 In a news release, the Kamloops Long Blades Speed Skating Club said Tyson Langelaar and Gilmore Junio — who represented Canada at the 2022 Olympic Winter Games in Beijing — will be at the event.

The barbecue and public skate will be held at the McArthur Island Sport and Event Centre on Sept. 8.

The event is part of Medals on Tour, a cross-country tour that will see Olympic, World Cup and championship medalists visit six communities across Canada.

Anyone wishing to participate is asked preregister for the event, and is asked to bring a helmet and skates.